When it comes to Transformers, I’ve always taken quite a different approach to most collectors. With one or two exceptions, I’ve not been one for buying as many toys as possible from specific ranges or aiming for complete sets and buying everything as it is released. I’ve never understood those who have gone out and purchased toys they don’t like just because it’s missing from their collections and it’s needed to fill in a gap. For me I’d concentrated on a couple of favourite characters, a few select toys I really liked (regardless of the range they were from) and then TV-centric toys but again restricting myself to my favourite Transformers shows so predominantly Beast Wars, Robots In Disguise (the original series) and Transformers Prime. 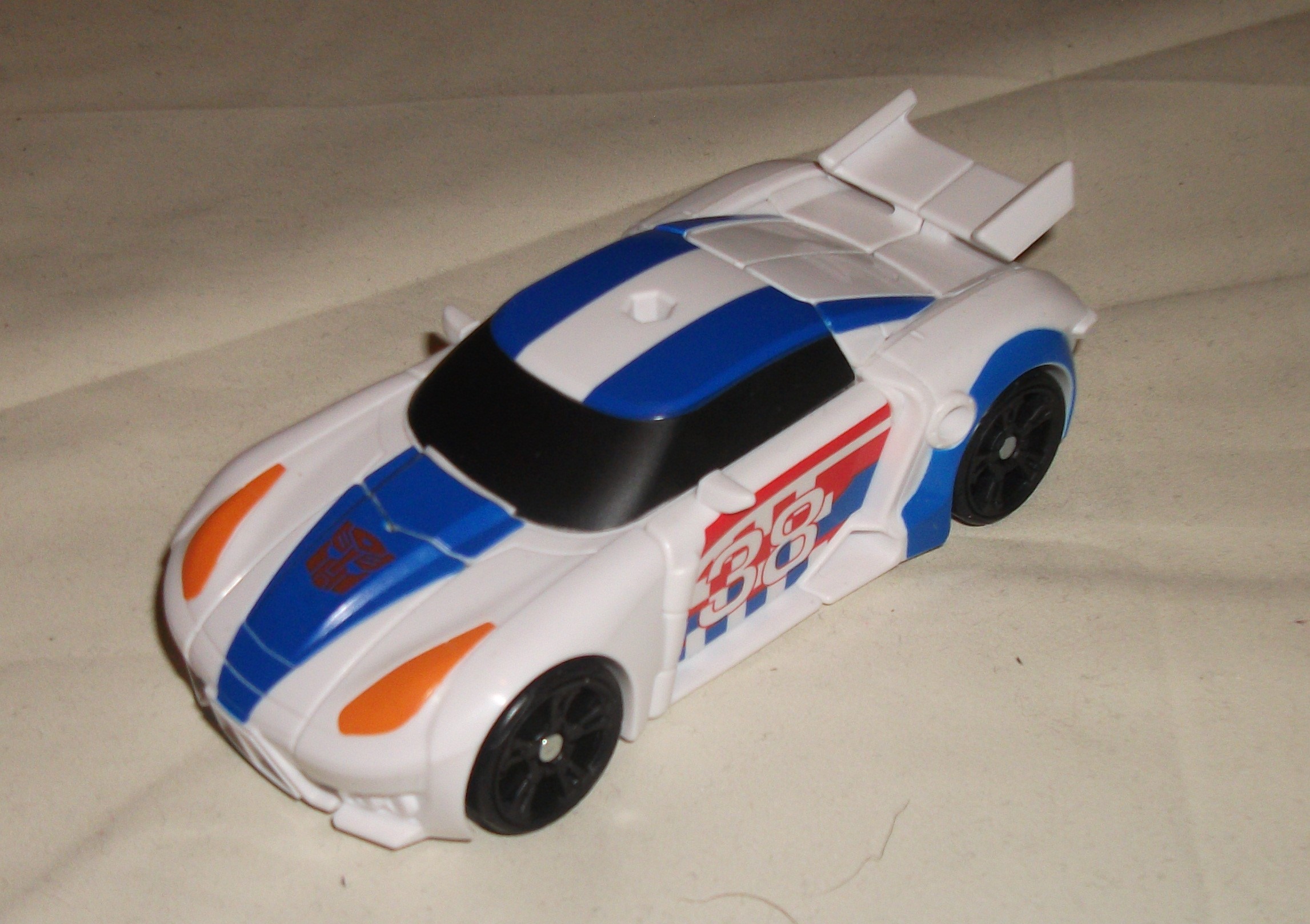 So when I spotted the Beast Hunters version of Smokescreen on sale for half price in a local warehouse store and – inside the packaging at least – looking like a fairly good representation of Nolan North’s character, I thought it would make another great addition to the TF: Prime collection. But was it going to be…?

As with pretty much all modern toys (apart from the Masterpiece range), it’s made from plastic but right from the start when taking it out of the packaging it just didn’t quite feel right. I can’t quite put my finger on it, but it felt cheap as if a fairly low grade of plastic was used in it’s manufacturing and it did leave me wondering how durable it would be, both for transforming and how susceptible it would be to yellowing from UV exposure.

Looking at it in vehicle mode, it’s actually not that bad. All of the parts fit snugly together so there are no loose elements and it leaves no doubt in your mind about him falling apart when you pick him up as some more complex toys seem to. There are two holes on the rear wheel arches to attack the accompanying axes which – to be blunt – look absurd when clipped into place, so they’re best left aside when he’s in vehicle mode and just used when he’s in robot form. 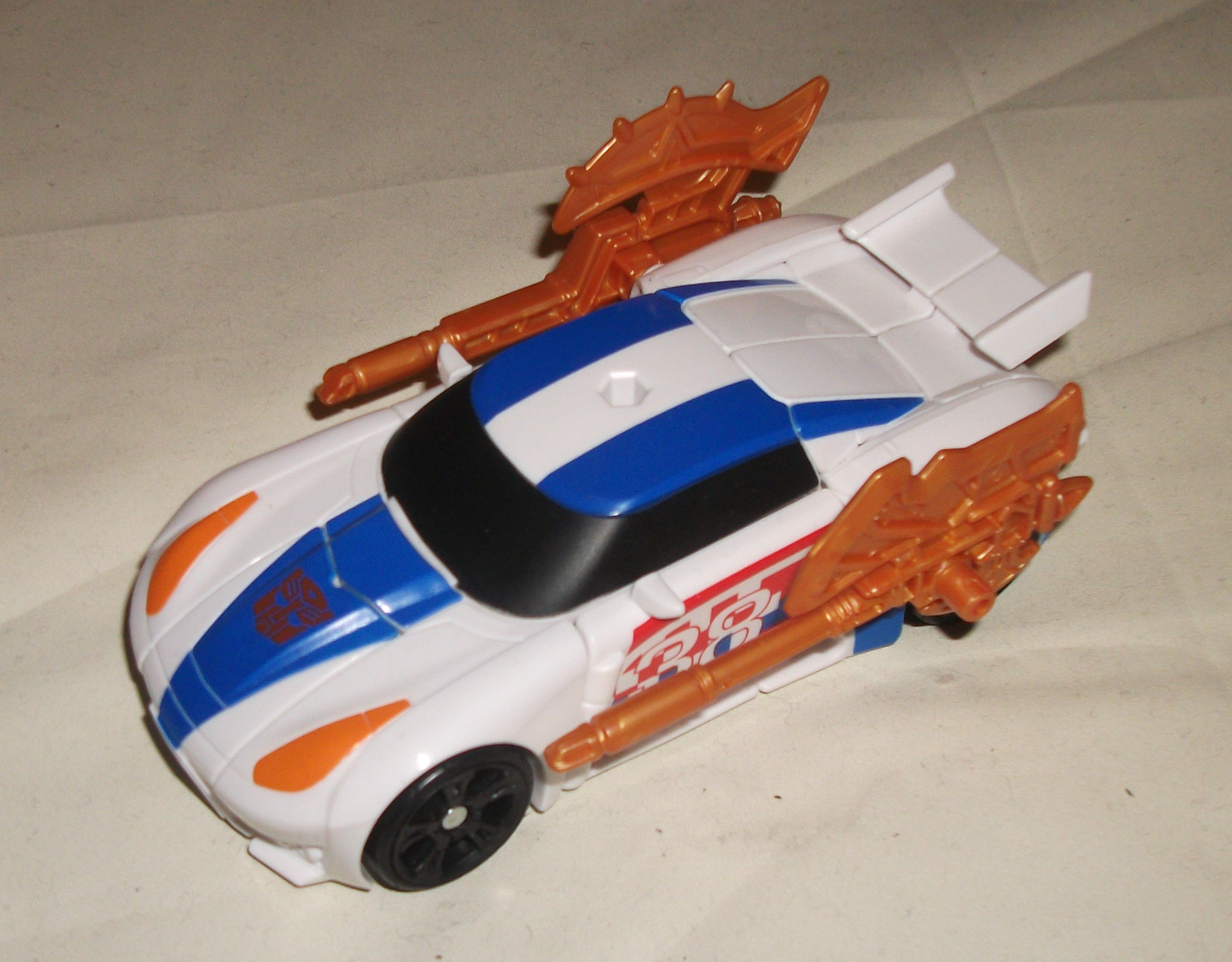 The paintwork wasn’t overly exciting, but with Beast Wars being my main love both in the series and toys I have to be honest and say that I’m always prone to making comparison. I’d say that it’s functional but nothing really beyond that.

Onto robot mode and transforming the figure is pretty straightforward and first time out of the packaging it can be done without the need to refer to the instructions. Well if I can do it then I’m sure pretty much anyone can! Again on the paint side of things It’s quite basic and Smokescreen’s head is rather disappointing. Apart from two red stripes and his eyes there’s no detailing on the head to add extra definition to the moulding. Unfortunately the paint isn’t the toy’s biggest problem… 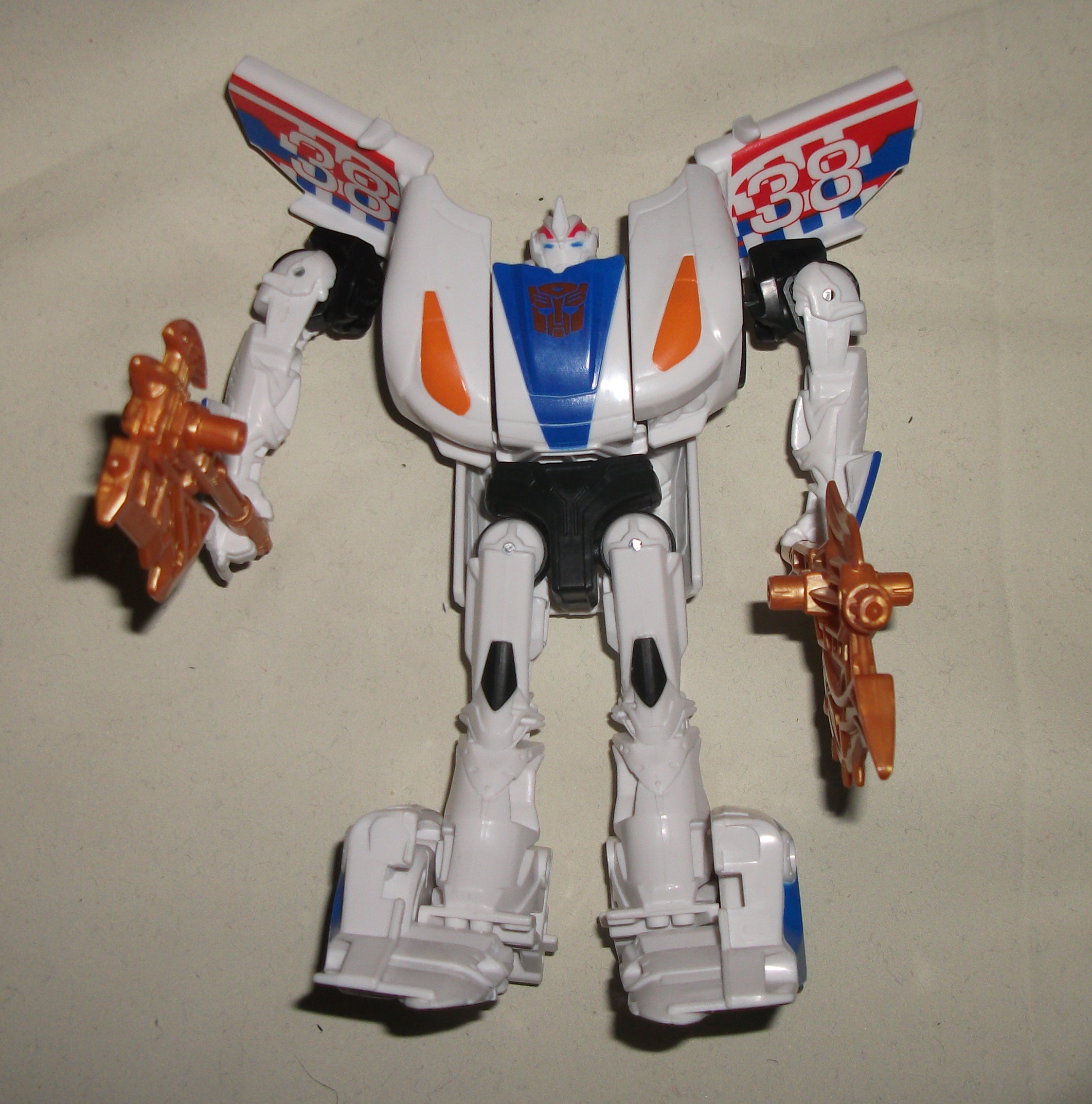 When you look at Smokescreen on display on a shelf standing upright he doesn’t look particularly bad and would be fine amongst a Transformers Prime display. It’s when you take a proper look at him that he simply fails to impress. Apart from the shoulders and hips, Smokescreen has no points of articulation whatsoever. His waist, elbows, knees, feet… even his head are all fixed in one position making him extremely limited for display limiting his appeal immensely. Collecting aside, even considering this from a play point of view for children the fact that he has such restricted movement would certainly be offputting when a figure this size has the poseability of a 1978 Kenner Star Wars figure.

Being honest I could have put up with the plastic quality, I would have even been able to grudgingly accepted the minimal paintwork but having to accept this solitary stance for the lifetime of the figure. Sorry Hasbro but as much as I love Transformers Prime, this is one figure that really needed some extra work.