Since Auto Assembly 2015 back in August our new team has been working around the clock on a number of projects and we’re really excited to announce that the latest of these is set to be unleashed upon the world next week! Our long-running fanzine, The Cybertronian Times, is getting a new lease of life on Monday 30th November when the latest issue is released in its new format as a completely FREE digital download and now being released quarterly!

First released in 1998 as a 20-page black-and-white A5 paper fanzine, it’s come a long way in its 17-year lifespan. In that time it’s gone from being a standalone publication to being adopted as the official fanzine of Auto Assembly’s long-running convention which all of you will have received when attending our events to coming full circle from Issue 17 out next week standing once again on its own two robotic feet. We all think that it’s one of our best issues yet with great cover art by our latest team member Paula Griffee, fiction, comic strips, toy and video game reviews, articles and the long-overdue return of our letters page Jazz Jives!

You’ll be able to download it from our website from the new Auto Assembly Fanzine Download Page but if you want to beat the rush and be amongst the first to get the magazine before anyone else, just sign up to our free mailing list and you’ll get the next and all future issues the instant they are released!

There’s still time for YOU to get involved though! While the content for the magazine is 99% complete and is just in the final stages of being tweaked, we’re still looking for writers and artists who want to be a part of this and future issues so feel free to get in touch with us at contact@autoassembly.org.uk to see how you can get involved. If you run a business selling Transformers or related merchandise, we do still have space for advertisers in the fanzine so if you want to have your company featured in the mag from as little as £10 per issue then email us NOW at sponsorship@autoassembly.org.uk but hurry – the ad deadline for Issue 17 is Friday 27th November 2015 and Issue 18 is early February 2016!

So stay tuned and come back to the site next week or check your inboxes for a great read! 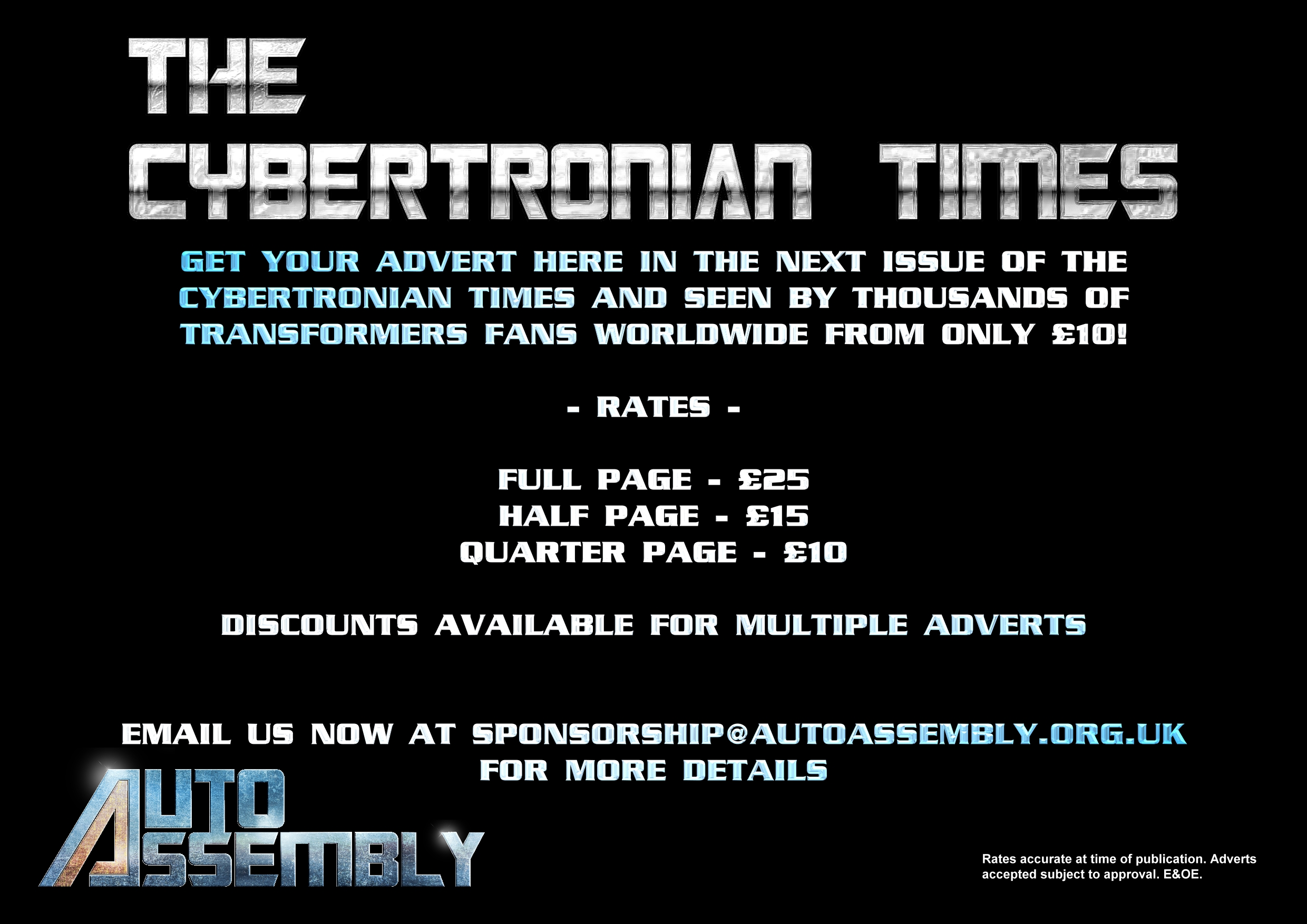