Over the years I’ve noticed one things about toy collecting. There seems to be two main types of fans when it comes to their basic approach to how they actually keep them. Many are quite happy to free their toys from their plastic prisons. But for others this seems to be an abhorrent idea. For them, their collections need to stay sealed and in pristine condition. One thing that does seem consistent for all collectors is a desire to know the value of collections they have amassed.

Does that really matter though? And why are people apparently obsessed with putting a price tag on the things they own?

We Are Not Alone

It’s not something exclusive to the Transformers community. Star Wars and Star Trek fans alike build up vast figure collections yet keep them sealed on their blister cards. I’d wager that the majority of Pop figures have never seen life outside of their packaging. Hell, no UK casino sites would take a bet against something like that! And although the video games community seems to be more divisive, it still happens there too. There are some retro games collectors who spend years specifically hunting sealed games although personally I find this somewhat bizarre.

Why Do We Open Things?

With Transformers this is a simple question to answer. They’re toys. We’re all big kids at heart and even though most will end up on display on shelves we still have fun transforming them. Even when we’re not taking them down and changing their form repeatedly, displays of robots simply look great.

Leaving toys sealed or in their boxes seems strange. As a product intended for children (as much as we hate to admit it) they were never intended to remain sealed. When we were younger we eagerly ripped open the boxes to play with these toys. At conventions we’re often opening our latest purchases amongst friends so the packaging is obviously something that doesn’t matter to most there.

I’ve amassed an extensive collection of Transformers video games over the years. As with those who are passionate about retro gaming, I’ve put a lot of time and effort in to this. But I’ve generally passed up on sealed titles. Again I see this as the same as toys. Games are meant to be played. If they’re sealed, we can’t and it makes no sense. We can look at the boxes but very little else. 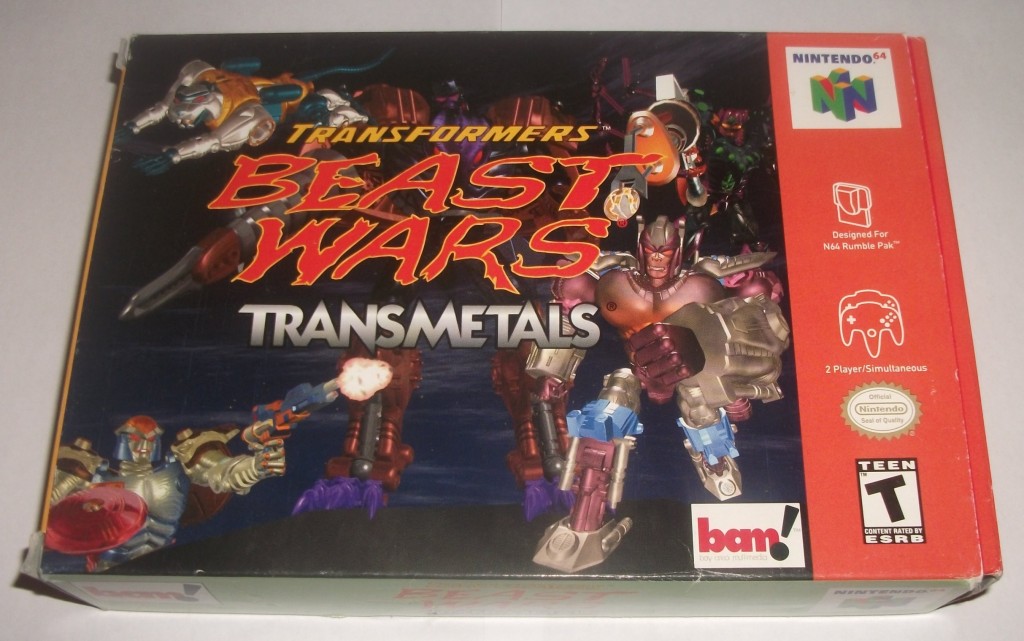 So in contrast, why do some people keep items sealed? There could be a number of reasons. For some, there is the appeal of having a tidy, uniform look to a display. A neat, museum-like showcase of their collections. For others it’s a more serious reason… they view their collection as a long term investment and plan to sell up in the future.

Why We Need The Value Of Collections

To be honest for the most part we don’t. More often than not it’s just used by collectors for bragging rights. It’s nothing new and stems back to playground rivalries. We’ve always had an ingrained instinct to be “better” than those we perceive as being our challengers. Photographic posts of collections, convention hauls and so on are all extensions of this posturing. Adding the value of collections to this mix just adds an extra dimension.

The harsh reality however is that we only really need to know that information for two reasons. First is the obvious one which is if we ever sell all or part of our collections on. One a more serious note, for those of us with sizeable collections (of anything geek related), we should really have them catalogued and valued and included as part of our house insurance.

So How Do We Get The Value Of Collections We Own?

There’s no simple answer as everyone’s collection is  different. What doesn’t help is that prices are in a constant state of flux. They vary depending on popularity, market demand and even public interest in Transformers. And that’s before we even look at the condition and rarity!

With such a fluid market, the only real way to attempt to put a price on our collections should we ever want to is through research. Items that are still readily available at retail are easy enough to gauge, simply working on the RRP. Anything collectible and we have to look at the second hand market. Auction websites, online selling groups, traders at collectors fairs… They’re all a reliable source to get an average price of what they have sold for but look for comparable items based on the condition of what you own.

So Should I Check?

You may surprise yourself when it comes to checking your own collections. For those of you with vast quantities of toys it’s worth doing to make sure you’re properly insured anyway. And if you don’t have proper records of what you own, maybe now’s the time to start…