In just over thirty years we’ve seen Transformers make the incredible evolution from being a kid’s toy to an all-conquering movie franchise phenomenon. But as you’d expect from these robots in disguise, they’ve also been prone to pop up in the most unexpected places from mobile slots games to petrol station forecourts!

With a massive range of comics, books, animated series and movies, it’s no real surprise to find that there are all manner of Transformers fans out there across the globe. Conventions have been taking place for over two decades celebrating the franchise – run by fans and professionals alike – in all corners of the world allowing us fans to indulge our inner Autobot as there’s plenty of exclusive toys, actors from the movies and even Hasbro employees making appearances.

However, with uncertainty over the future of the official convention BotCon, it seems like a few hardcore Transformers fans have been taking matters into their own hands to make sure that they’re never too far away from these dynamic robots.

And it’s in the petrol stations of York where you can spot massive junk metal statues of Transformers stars like Bumblebee towering over the bewildered customers. Although a nine-foot Transformers replica might not be the most obvious way to take on the competitors, it’s managed to create something of a local landmark and shows that Transformers look pretty dominating just about anywhere! 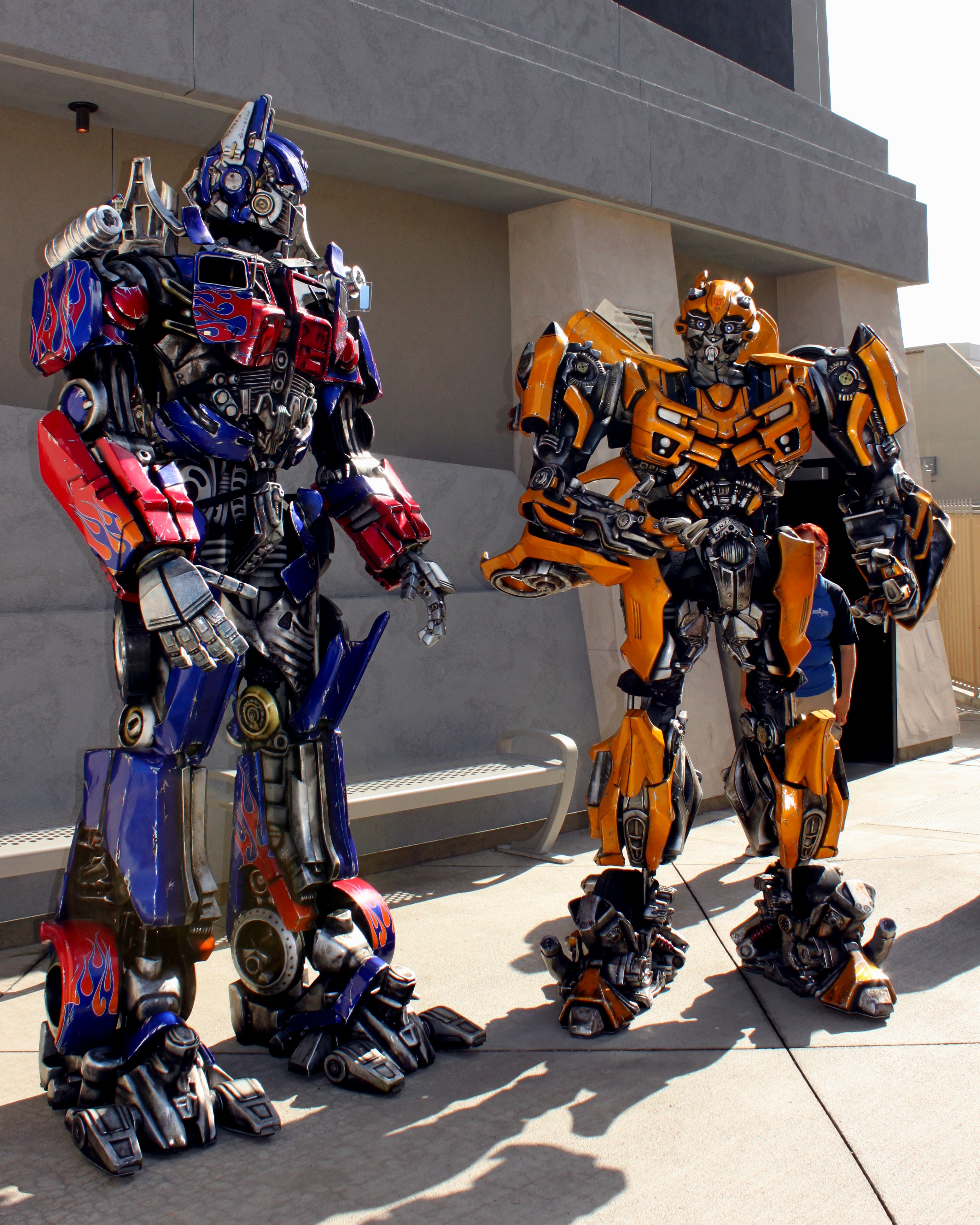 Transformers have also had a pretty successful incursion into video gaming culture too with Transformers: Devastation managing to provide a suitably chaotic treat for PS4 and Xbox One gamers. Whereas LadyLucks went one step further by not only having a Transformers slots designed for mobile players, but they also gave their gamers a detailed rundown of the Transformers’ history so as to aid their gaming fun!

And who would have thought that the Transformers would one day become stars of the music world? But with plenty of soundtrack albums featuring bands like Linkin Park and My Chemical Romance, as well as movie scores and even a Theme Song Collection featuring some oddities from the Japanese TV series, it’s evident that Transformers are entering just about every part of our lives.

However, it’s still the original Transformers movie that’s recently been released on Blu-Ray that provides the perfect reminder of why this franchise is a modern day classic. And whether you’re into mobile slots games featuring Optimus Prime, or just want your own Megatron in your garage, it looks like there’s no end to the ways that you can enjoy this groundbreaking franchise.