We shocked everyone who attended Auto Assembly 2014 with a fantastic car display courtesy of our very good friends at www.transformerscarhire.co.uk and ever since then people have been asking us whether we’d be joined by any more four-wheeled friends again for the convention this year…

Well, we’re incredibly excited to announce that once again everyone’s favourite yellow sports car is taking some time away from his heroic duties thwarting the dastardly plans of the Decepticons to come along and spend a few days with all of our attendees at Auto Assembly 2015 this August!

For the car enthusiasts out there, this incarnation of Bumblebee is a 2013 Chevrolet Camaro SS Transformers Edition, packing a hefty punch with his 6.2L V8 engine… and for the non petrol-heads… very shiny yellow! This fabulous replica car will be with us for the full weekend at Auto Assembly 2015, Europe’s Largest Transformers Convention, courtesy of www.transformerscarhire.co.uk  and don’t forget to pay them a visit if you’re looking for something special for your own event!

Bumblebee will be bursting onto the scene at the Hilton Birmingham Metropole Hotel on Friday 21st August 2015 and will be be with us (Decepticons allowing!) right until Sunday. You’ll be able to have your photo taken with him absolutely free of charge all weekend (but please note that there will be a £5 charge if you wish to sit inside for your photo… just because he has to keep clean for Autobot duty). 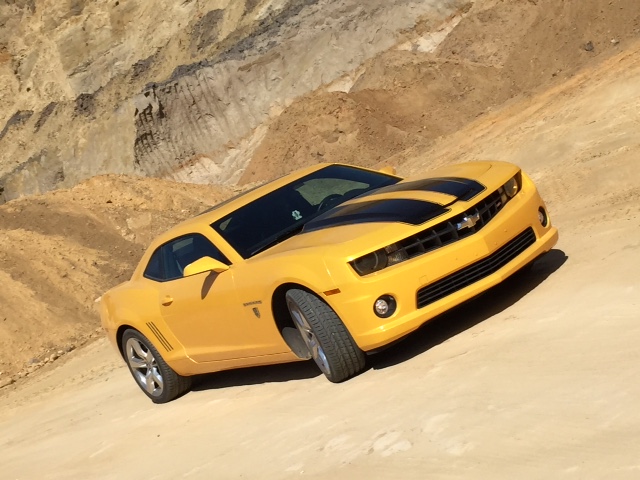