Over the next couple of weeks, we’ll be introducing you to all of the guests who will be joining us at Auto Assembly 2014. Once again we’ve got a cracking guest line up and we wanted to bring you all what we hope will be one of the best and most diverse guest line-ups ever as we celebrate 30 years of Transformers. 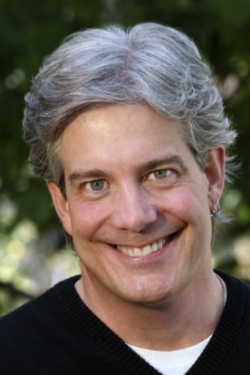 To Transformers fans everywhere, Townsend is most well-known for providing the voice of Sentinel Prime in Transformers: Animated but in addition to this, he also voiced Tracks in the same show along with a number of minor roles in G1 including Rewind.

Away from shape-changing mechanical beings, he’s also played numerous high-profile roles in genre shows taking the lead role in The Tick, providing the voice of Michaelangelo in the original Teenage Mutant Ninja Turtles and taking over the role made famous by Michael J Fox in the animated version of Teen Wolf as well as countless video games and other animated shows.

With all of these and many more under his belt, as you can imagine Townsend has a lot of stories to share with all of us. Just expect to hear cries of “Spooooooon!” throughout the Hilton Birmingham Metropole Hotel all weekend while Townsend is around!