I really wanted to get this figure as I thought he’d look fantastic alongside Kingdom Cylonus and Studio Series ‘86 Scourge. Upon opening the box, I initially felt a bit underwhelmed, as he didn’t feel like he warranted the price I paid for him. I was wrong! As soon as I started transforming him, I knew he was worth every penny!

Despite my initial feelings on the figure when getting him out of the box, there’s no denying that this is classically Galvatron! Great attention to detail has been paid to give this figure the look that we all know. He has good pose-ability and looks great from all angles. His arm cannon is huge though-a little too big perhaps? This doesn’t detract from the figure overall though and I guess it needs to be the size that it is to work well on his alt-mode. 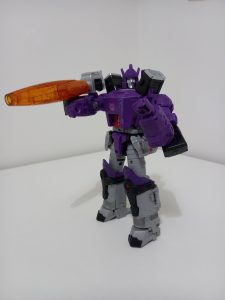 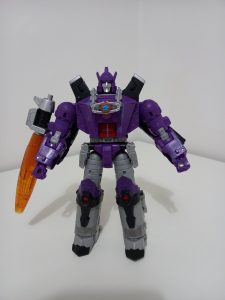 Very, very good alt mode.  There’s just nothing I can fault with it. Love the heavy duty tank tracks that angle perfectly and how the transformation of his legs counterbalances him. 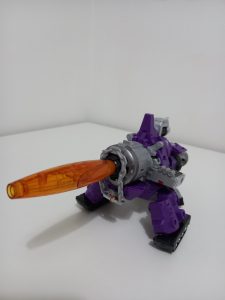 This was the first Transformer I’ve handled in a long time where I wasn’t worried that something might break! He’s very sturdy, and the transformation is so intelligent. It was while transforming him that I realized why his price tag is where it is. So cleverly engineered, I love how parts of the robot mode concertina up and everything moves around and fits together seamlessly.

Galvatron comes with the Matrix of leadership on a chain which fits around his neck, just like it does in Transformers the Movie! This also fits around his gun barrel while in alt mode, and it has a tab to hold it in place, which is very cool and well thought out. He also comes with two guns, which are shaped like the ship that Unicron provided for Galvatron in Transformers The Movie. The guns can be held separately or can be fitted together to form one larger weapon. They can be stored on Galvatron’s back while in robot mode or tabbed onto the front portion of his alt mode to add to his firepower while in this form. Personally, I’m not a fan of these guns. I can only assume that they were included to get some kind of nod to Galvatron’s ship in there, but since we’ve not seen him use guns like this in any of the animated shows, they feel like an unnecessary extra. 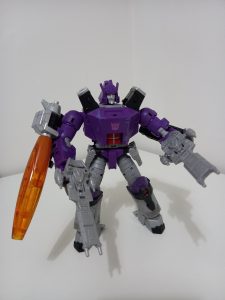 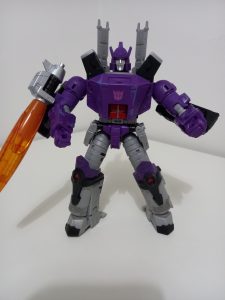 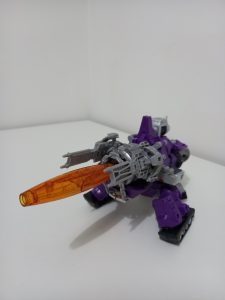 This figure is awesome! I love the attention to detail in both modes and in the intelligence of the transformation and I love the matrix of leadership accessory. As I’ve already mentioned, I’m not a fan of the extra guns. They in themselves don’t detract from the figure, they just feel unnecessary. Although he’s from the kingdom line, Galvatron works well with the Studio Series ’86 figures when re-creating scenes that he shared with them in the movie. I highly recommend this figure, especially if you already have Kingdom Cyclonus and Studio Series ’86 Scourge. 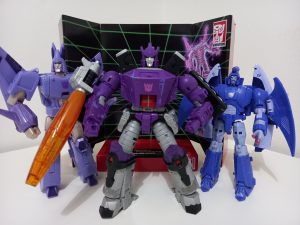 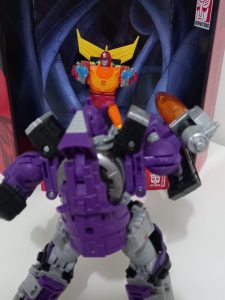 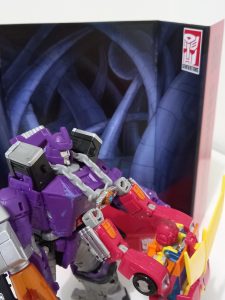