While computer and console games can be quite diverse, the same can’t be said of mobile gaming. Most are casual titles intended for quick gaming sessions or on-the-go play. There are countless match-three games or time management titles everywhere you look. Others proclaim to be deep and engaging, often RPGs or combat oriented. Instead, these are often simply ways to part players from their money as in-game purchases become a necessity for progression. And then there are the endless runners… Transformers Rescue Bots: Disaster Dash falls into that category.

What Is Rescue Bots: Disaster Dash?

As you would expect with a game based on this series, it’s aimed at a younger audience. The evil Dr Morocco is causing havoc all over the world and it’s your job to stop him! Using devices he has created he is triggering natural disasters in cities all over the world and only the Rescue Bots can stop him. Taking control of a team of them, you have to rescue as many citizens as you can and stop him before it’s too late. 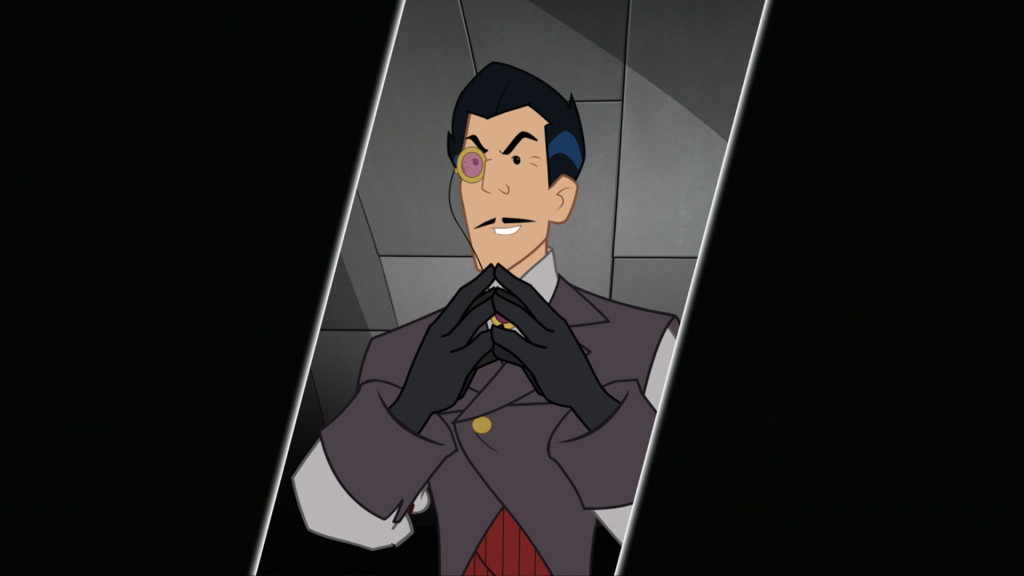 Before I go on, this game from Budge Studios gives the impression that it’s free.  As with the majority of Android and iOS titles that isn’t the case. Gameplay is broken up continually with adverts and more frustratingly part of it is hidden behind a paywall. The adverts are bad enough but having additional paid content is frustrating. Even more so in a game deliberately targeted at children. This does seem to be a growing trend with games offering both adverts and in-app purchases.

I have to be honest and say that I don’t actually mind paying for in-app purchases. Even though there’s no real “ownership” of anything, as long as it’s a game I enjoy and get entertainment from, I see it as a way to reward the developers. Generally I prefer F2P games that use in-game currency that I can accumulate to obtain in-game content, leaving me with the option to purchase more if I need it. More often than not, these tend to reward players with bonuses making it worthwhile. A game we recently reviewed on our sister site, Infinite Frontiers, Gravity Rider does just that offering in-game currency, upgrades and vehicles for the same price as a currency pack. It’s not quite as good value as the Winner Casino bonus but it’s not far off! But that’s what F2P games should be like.

That’s my rant over with so back to the game itself. The game is split into four cities, each consisting of several stages. Cities unlock as you progress through the game offering different challenges although I found very little difference between each other than the aesthetics. Anyway, the game is a side-scrolling endless runner and each stage has you take control of one or more Autobots as you have to protect the city in danger. Some stages involve rescuing citizens, others involve destroying devices owned by the aforementioned Dr Morocco.

To do this it’s typical runner. The bulk of the game involves dodging obstacles by jumping, The game moves on two parallel pathways and swapping between the two allows you to transform between robot and vehicle form (or in some sections dodge incoming missile attacks or lightning strikes). Collect energon en route and you can transform again into dinobot form and destroy incoming obstacles that litter your path. Beyond that, if you see any humans along the way, rescue them. 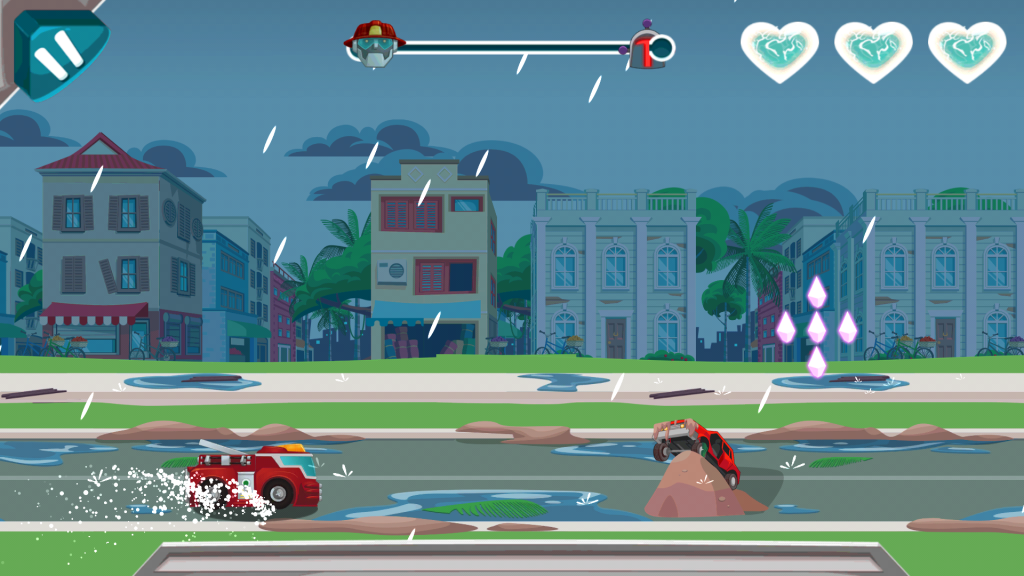 And that’s pretty much it. Graphics are what you’d expect and they do a great job of recreating the look and feel of the cartoon. The sound does grate after a while and is fairly repetitive. Sadly none of the voice cast from the series have played a part in the game and it shows. It’s also been sanitised for the target audience. On the rescue missions it’s possible to run past dozens of humans without rescuing any of them but you’ll still be congratulated at the end as long as you have saved just three.

My biggest gripe, as I hinted at earlier, is the paywall for Rescue Bots: Disaster Dash. Unlocking levels and cities is free but later stages need three or more characters to play them. However, you only have two at your disposal. To get more you have to pay to unlock them and this will cost £1.99 each or £4.99 for all five. If the characters added anything new to the game or unlocked additional game content along with their purchase this might have been acceptable but they don’t. The game is short as it is – I completed the first city in under 30 minutes in between doing other things – so it’s an expensive outlay for the returns it offers. 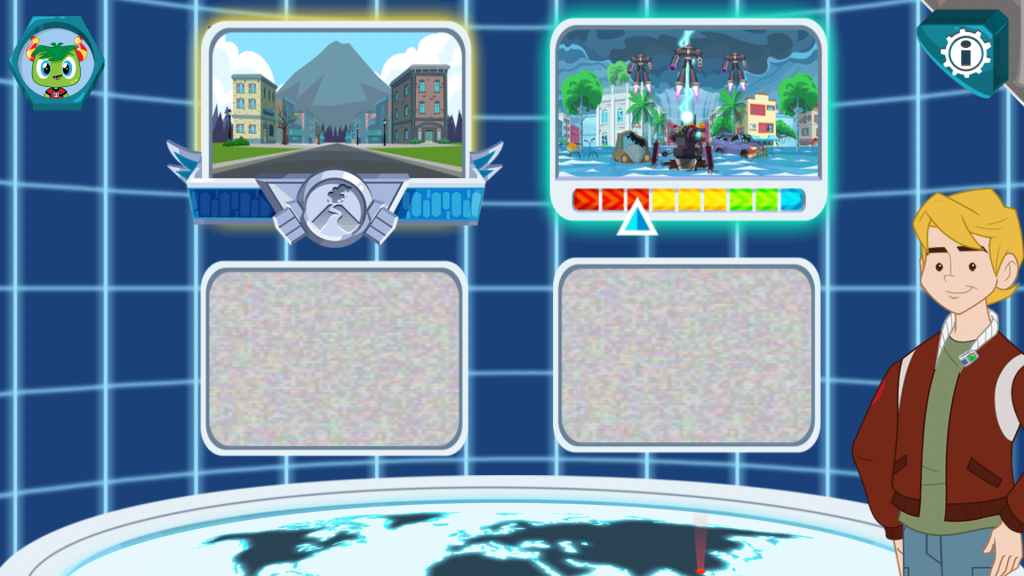 While Rescue Bots: Disaster Dash is a mild distraction it gets repetitive very quickly. Adults will tire of it very quickly and children who do stick with the game will lose patience when they can’t progress without the characters they need. I can see lots turning to pester power or more than a few tense households when that happens! Best to steer clear and find a game that’s a little more transparent with its funding methods.