Upon reading the title for this review you might be forgiven for thinking that you’ve stumbled across the wrong website. For an instance you might be right. Why on Earth would we be covering a game like Danger Mouse Ultimate here on the Auto Assembly website? Read on and all will be revealed…

Like most Transformers fans, we’re always keen to keep up-to-date with the work of the cast of all of the Transformers shows. Any time one of the voice actors appears on television, in a new movie or voices a character in a new animated series or video game it grabs our attention. Usually it’s something that we want to check out and understandably talk about with others.

But it’s something that we’ve never really given any time or space to here on the website. We’ve supported the cast endlessly bringing them over to the convention over the years and built up friendships with many of them, but was that really enough? Truthfully we didn’t think so, so from now on we’ll be showcasing some of their current and upcoming projects as well as their Transformers work.

Rasmus Hardiker is a name that may not be familiar to a lot of you. Infact Rasmus isn’t actually one of the cast of Transformers. However, he’s a very important part of the Auto Assembly family. He first attended the convention back in 2003 during our formative days and became a regular. A local to Birmingham, his chosen career was acting, both on screen and voice work. While many don’t achieve that dream Rasmus did… in spectacular fashion.

From smaller parts for the BBC and ITV, he moved on to major motion picture appearances, voice work and amongst his most notable genre work included providing the voices for Scott and Alan Tracey in Thunderbirds Are Go and being a series regular in Krypton. Still with genre characters, he also provided the voice for Duckula and numerous other characters in the reboot of Danger Mouse.

Not forgetting his love of Transformers during this time, he continued to attend Auto Assembly, and not only did he attend our final convention in 2015 but also joined our voice actor guests of honour on stage for our special live script reading performance.

So that brings us to this game. Danger Mouse Ultimate is a browser based game and as the name implies is based on the BBC animated series. It’s a side-scrolling 2D platform game with cartoon style visuals and takes place over a series of stories putting you up against villains from the show. The gameplay is fairly simplistic and each of stories is split into six stages, which are then split into two parts.

The first half of each stage sees you take control of either Danger Mouse or Penfold and you simply have to get from one end of the stage to the other. Coins can be collected along the way a la Super Mario Bros and there are various hazards, enemies to avoid or eliminate using various gadgets you can collect along the way. Each character has their own abilities and the game alternates between the two throughout. The second half of each stage is a bonus round where you have to collect a set amount of fruit against the clock. It’s the same level but some of the hazards have been removed and it’s the turn of the other character to take centre stage. 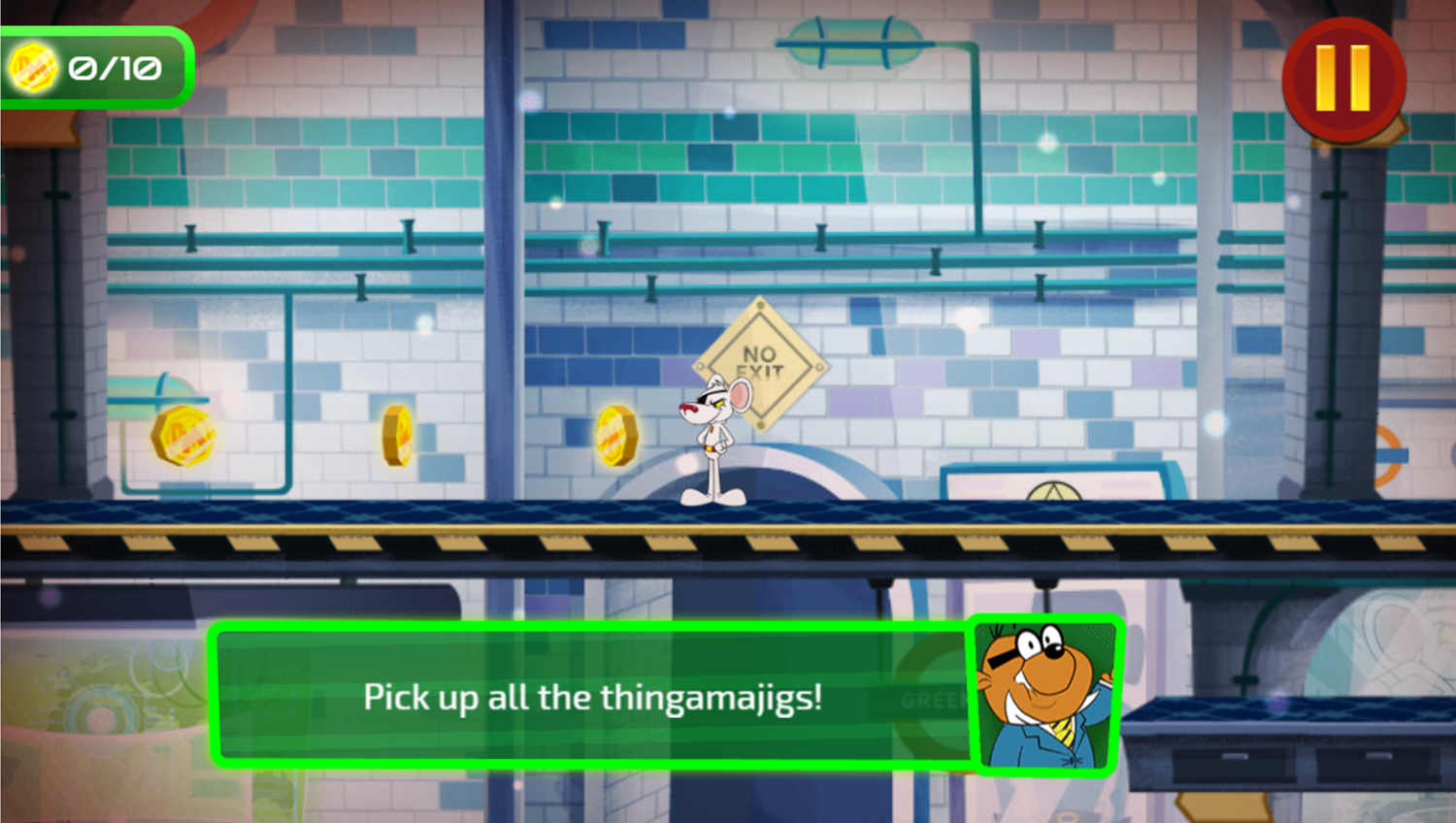 This isn’t the most difficult or lengthy of games, but it’s not meant to be. As a web-based Javascript title Danger Mouse Ultimate is intended to be something you can visit, spend a short period of time online and just have a bit of fun playing. As a game it won’t win any awards for it’s depth of gameplay, nor will it present any real challenge regardless of your gaming ability. But for the time you do spend playing it you’ll have fun and you won’t feel that you’ve wasted time doing so.

It does have achievements to give you that incentive to keep playing and each stage has a star rating at the end based on your performance. One for completing the stage, one for getting all the coins and a third for getting all the bonus fruit. So there is some encouragement to replay levels if you don’t max out the stars as you play it. Progress is saved as well so if you leave the site and return later you don’t have to worry about starting again from scratch. 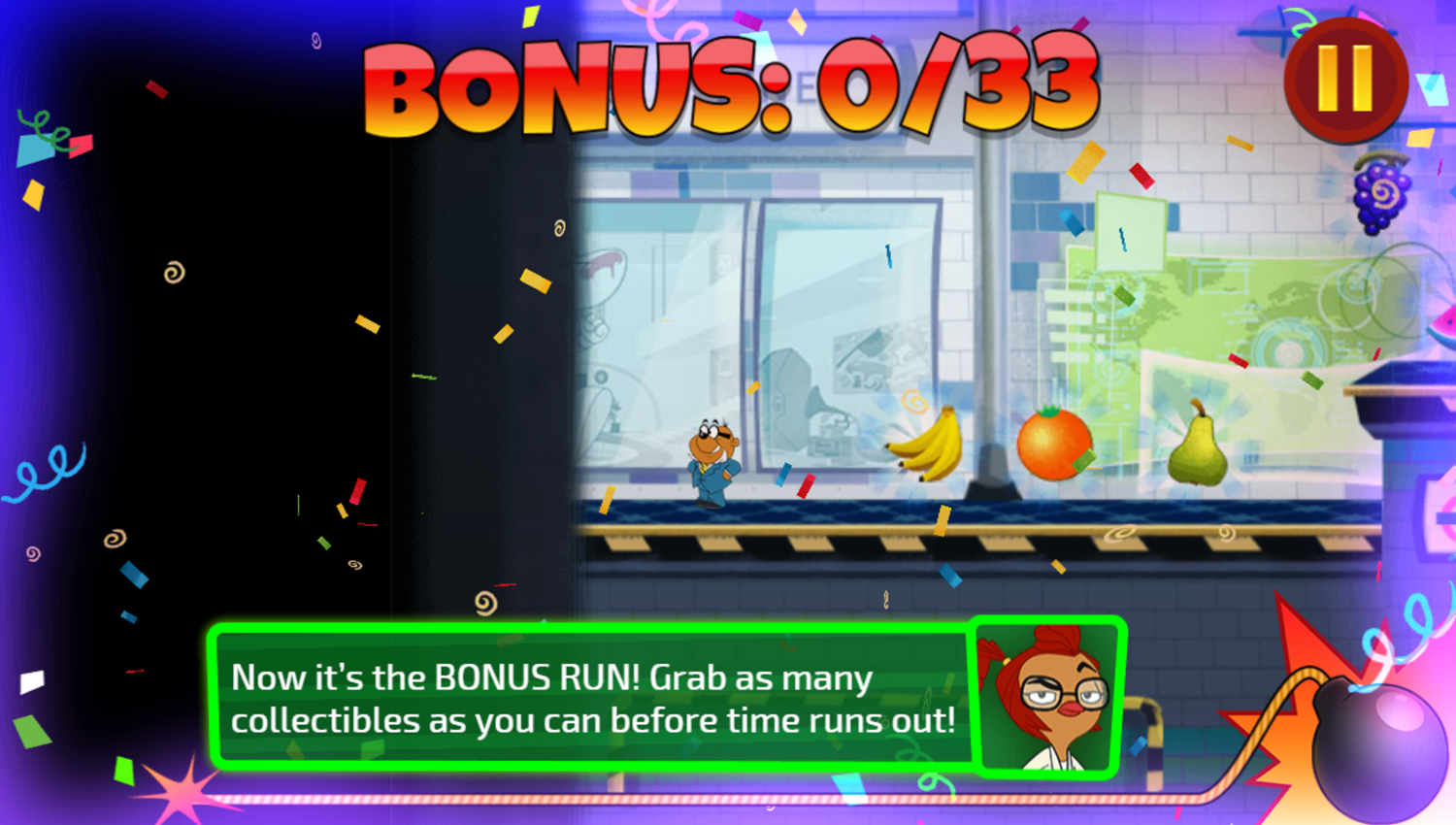 Now, I’ve played a lot of online games over the years. Truth be told, most based of film and television licenses are somewhat lacklustre. They take a franchise and slap it onto a sub-standard game and the games just don’t feel as if they fit the brand they’re meant to represent. While Danger Mouse Ultimate isn’t the most advanced game technically, it hits the spot perfectly when it comes to getting the feel right.

Visually it captures the cartoon look and has plenty of still images between stages to progress the story along. The story itself has plenty of tongue-in-cheek that could have leapt straight from the pages of one of the scripts to the series. But the icing on the cake has to be the sound. As soon as it loads the TV theme blasts from your speakers, and throughout the game there’s speech from the cast recorded especially from the game. While this may not seem like a big deal, I find nothing worse than playing a licensed game with either no voiceover or badly performed dialogue where the actual cast are available. 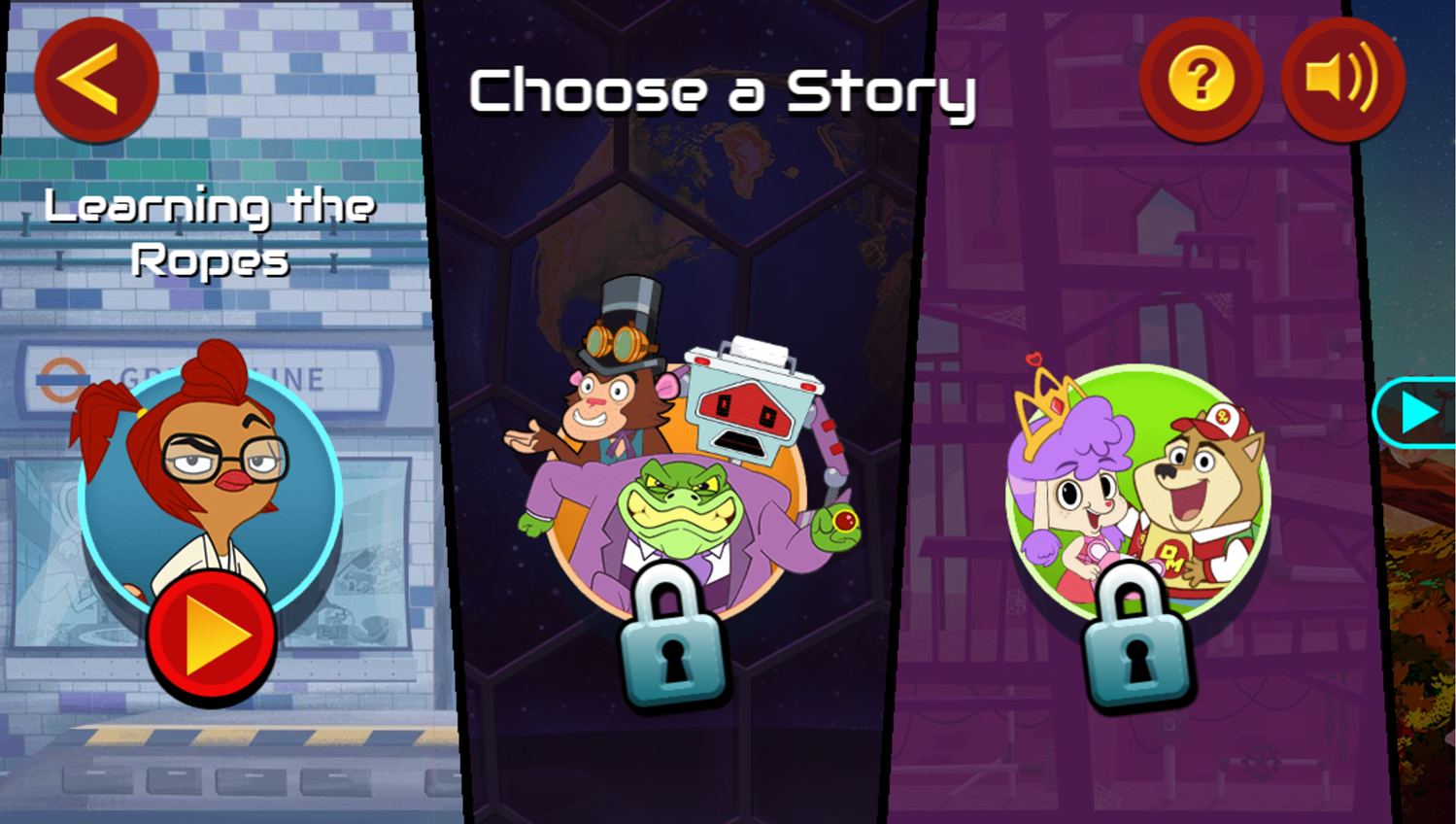 Despite its simplicity, the graphics, sound and storylines will make this an instant hit with Danger Mouse fans everywhere. The fact that the reboot managed to stay true to the original series made the show work so well for viewers, and this game made sure that this was the top priority above all else. And even more importantly, it’s completely FREE to play over at https://www.plays.org so you’ve got no excuse not to give this one a try!