Just when you thought that we had finished with our announcements with our displays for Auto Assembly 2015, we’ve had reports of something strange going on that can only be described by a rift in the time continuum or some other plot device that has lead to a SECOND Bumblebee arriving at Europe’s Largest Transformers Convention this August as the original worse-for-wear “Beaterbee” will be rolling up outside the Hilton this year thanks to the great team at www.transformerscarhire.co.uk…

From his first appearance at the start of the original 2007 live action movie, this version of Bumblebee based on the 1977 Chevrolet Camaro has certainly seen better days but we’re sure that you’ll still make him feel welcome while he recuperates and spends some time visiting with us at Auto Assembly 2015!

This stunning replica of the car from the movie will be with us for the full weekend at Auto Assembly 2015 joining the other two cars being furnished by www.transformerscarhire.co.uk and don’t forget to pay them a visit if you’re looking for something special for your own event! You’ll be able to have your photo taken with him absolutely free of charge all weekend (but please note that there will be a £5 charge if you wish to sit inside for your photo… please give him a hand as he needs all the help he can get to try to get back into the best shape he can for his duty as an Autobot warrior!). 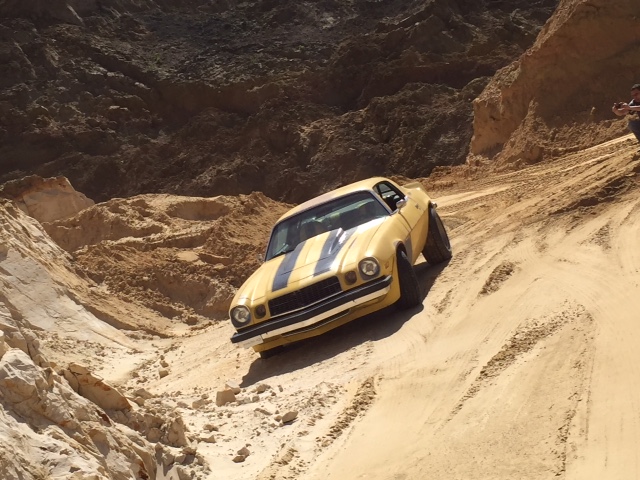