What would Auto Assembly be without a great line-up of special guests? We’re planning to bring you another great selection of guests to the convention this year from the world of comics and television and we’ll be announcing these steadily over the coming months between now and the convention itself but rest assured that there are some fantastic guests coming along to Auto Assembly 2015. 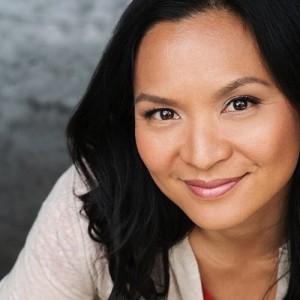 Making her debut at Auto Assembly for 2015 is none other than Sumalee Montano, the voice of Arcee from Transformers: Prime. With a 15 year career of both on-screen and animation / video game work Sumalee has an impressive string of credits to her name including working on blockbuster games such as The Last Of Us, and games in the Call Of Duty, Diablo, Mass Effect and Skylander series, as well as on-screen appearances in shows such as NCIS, CSI, and ER. 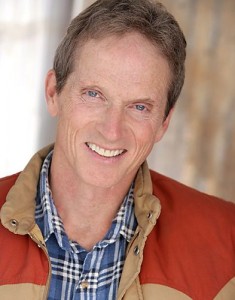 Keeping with the Transformers: Prime theme, our second voice actor joining us for Auto Assembly 2015 is James Horan, the voice of Wheeljack. At home on screen, on stage or behind a microphone, James is an incredibly versatile performer. His television appearances have ranged from guest roles on several of the Star Trek series, 24 and Criminal Minds, numerous film roles and on stage performances including countless musicals (just ask about his famed Elvis impersonations). No stranger to video games either having worked on countless big titles including several Star Trek and Star Wars games, Final Fantasy XIII, Kingdom Hearts 2, Metal Gear Solid V and many more.

Writer and artist extraordinaire, as with many professionals today Nick started as an amateur getting noticed in various fanzines but he made his mark on the Transformers world with the release of the seminal Last Stand Of The Wreckers in collaboration with James Roberts and has worked on countless other Transformers titles since then both in an artistic and writing capacity. He also seems to have something of a personality crisis, often thinking that in reality he is Beast Wars Megatron, usually during our script readings, but the less said about that the better…

The butcher of Cybertron, More Than Meets The Eye scribe James Roberts will be making a much welcome return with more tales to tell although we’re sure that he’ll try to keep things under his hat when it comes to future plans of who he plans to kill off next…

Arguably one of the hottest properties of all time in Transformers comics, from his beginnings in fandom and his stunning self-publishing and critically-acclaimed fan novel Eugenesis, James made his break into professional Transformers work co-authoring Last Stand Of The Wreckers for IDW alongside Nick Roche. In 2011 he worked on the Chaos storyline as part of the ongoing Transformers series before delighting fans everywhere when it was announced that his partnership with Nick Roche was to be reformed when they were to take the helm of MTMTE.

While Nick has moved onto other projects, James is still working on the book with a number of other IDW artists.

Freelance colourist and writer John-Paul has worked on a wide variety of titles including Doctor Who, Teenage Mutant Ninja Turtles, GI Joe, Godzilla and more recently Judge Dredd. He is perhaps best known to Transformers readers as the colourist on Regeneration One – the continuation of the original Marvel series that wrapped up earlier this year. John-Paul will be digitally colouring sketches at the show so bring along your sketches to be coloured the professional way!

More guests to be announced shortly and as always, all of our guests are appearing subject to work / personal commitments.