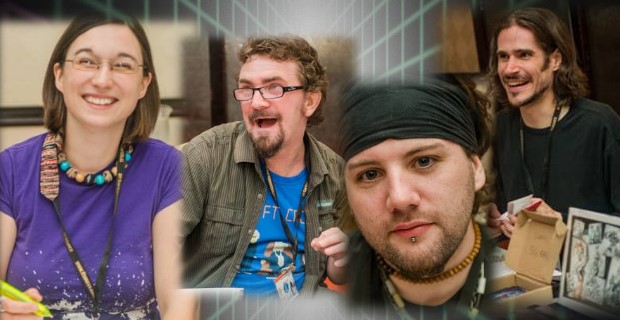 In addition to the fantastic talents to be found in our guest section, Auto Assembly 2014 will be holding it’s first ever Artists Alley – or, the AA@AA, as we like to call it!

The idea is simple.  To give our attendees access to more artists and comic pros than ever before!  We really hope to roll out the idea to its full potential next year, but for the time-being, some amazing comic pros are already on board!

Kris Carter – one of the speareheads behind the popular Lou Scannon series, Kris has previously worked on several Transformers issues including Spotlights Arcee, Cyclonus, Hardhead and Doubledealer.

Jason Cardy – a highly skilled artist who has recently coloured several covers for the Transformers Regeneration: One series.

Lee Bradley – regular artist for Titan’s UK Transformers comic, including the artist responsible for their ongoing “How To…” series of art tutorials.

Artists are subject to availability and subject to change without notice.  Thank you for your understanding.