As you all know, we recently unveiled the artwork for our convention exclusive litho for Auto Assembly 2012. llustrated by Jeff Anderson and coloured by Kris Carter, the artwork was a re-imagining of Jeff’s original final page from the first chapter of the classic Marvel UK comic story Target 2006 where Galvatron was first introduced into the comics. Shortly after we revealed the artwork, we announced that there would be a second image on the reverse side of the litho and we’re now able to bring you all the first look at this artwork… 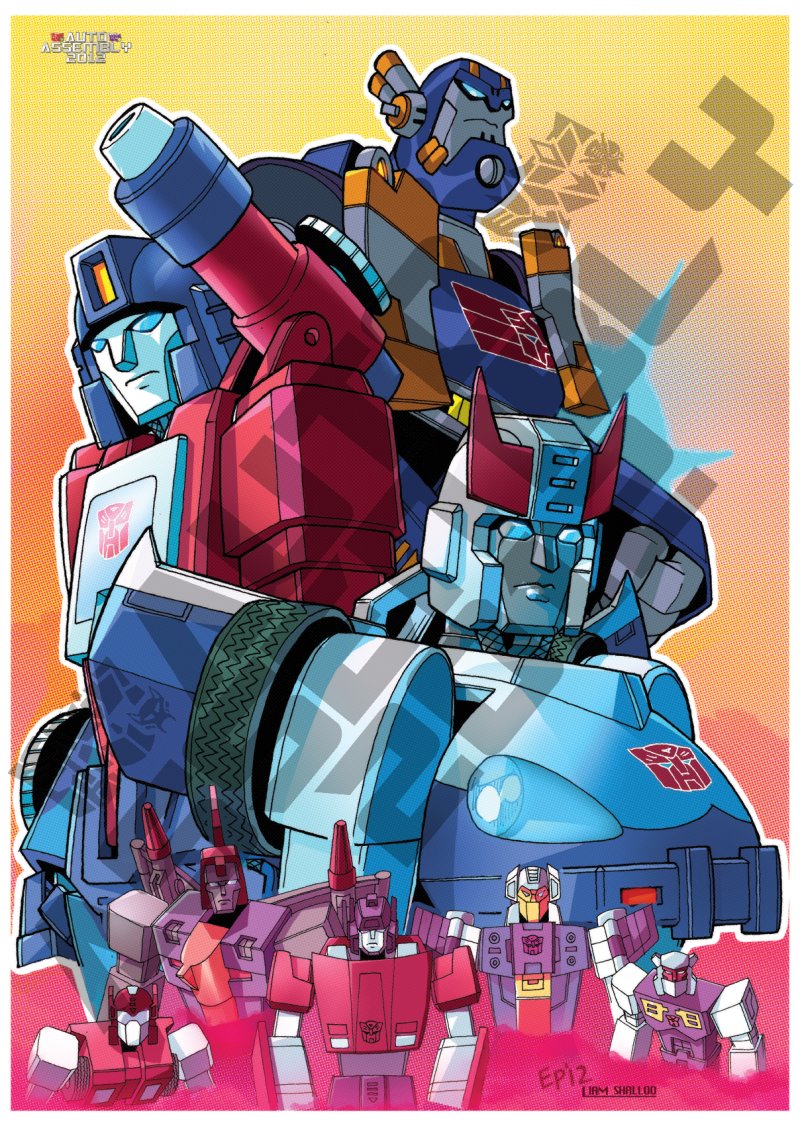 This piece features three of the most notable characters portrayed by Auto Assembly 2012’s guests of honour – G1 Prowl, TFA Sentinel Prime and G1 Perceptor – and has been illustrated by Ed Pirrie with colours by Liam Shalloo. However, we have one final surprise in store for all of you with the litho this year! When we were looking at both images, many of us here at the convention were torn over what side of the litho we would want to have on display and we knew that many of you would also feel the same way and some had expressed that concern on forums.

At the same time, we had made a late change to our printers for some of our published work this year and we were presented with a fantastic opportunity… so for Auto Assembly 2012 you are not getting one but TWO litho prints! Yes, that’s right! Everyone receiving a goodie bag for Auto Assembly 2012 will receive both the Jeff Anderson / Kris Carter and the new Ed Pirrie / Liam Shalloo lithos! Each will be a glossy A2 print and will be part of a goodie bag you will never forget!

Not registered for the convention yet? Hurry while you can as you won’t want to miss out on this great gift package! Don’t forget that our Non-Attendee Package includes both lithos as well as all our other gifts!