As part of our expanded Game Zone for Auto Assembly 2012, we will be running not one but THREE video games tournaments throughout the weekend at the convention this year. They will be running all weekend and will be open to all attendees and are completely free to enter. All you will need to do is come along to our Game Zone at any time during the weekend and as long as the games are running, one of our team will take your details and set you up in one or more of our competitions and you could be in with a chance of winning some great prizes, courtesy of www.transformersvideogames.co.uk

As we said, there will be three tournaments running all weekend, each focusing on a different game:-

You’ll have to face-off against other Auto Assembly attendees in this competition where we are aiming to find out who is the best player at this classic two-player beat-em-up! Players will be paired up against each other in a series of elimination rounds and then called back throughout the weekend until we are down to the final two who will face each other off in the final on Sunday… We will be using the American Playstation version of the game and the winner of the tournament will receive a rare boxed copy of the Japanese Nintendo 64 version of the game!

Known as probably the most difficult Transformers game ever released, we want to see how good you gamers really are with this Japanese Famicom game from 1986. The game will be running for most of the weekend and all you need to do is just play it and show us just how good you really are! We haven’t decided yet whether the winner will be chosen based on the one with the highest score or who gets the furthest into the game, but the winner will receive a boxed, complete copy of this rare game. 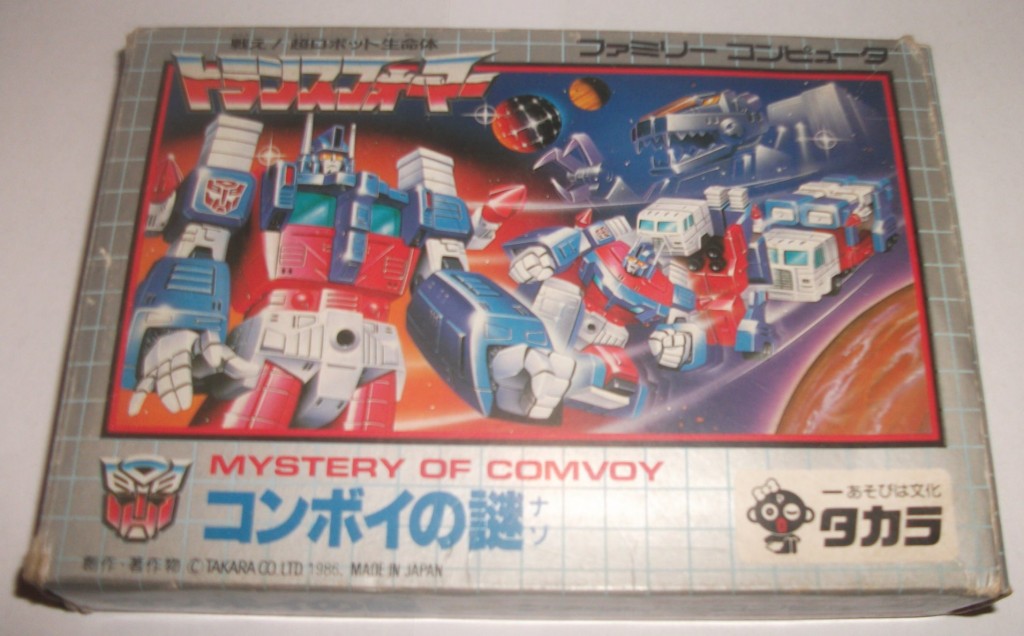 Not strictly a Transformers game, but Stan Bush’s classic song “The Touch” was released in 2009 as a downloadable track for Guitar Hero so here’s your chance to show off your skills on the guitar, drums and microphone! We’ll have Guitar Hero running on the Playstation 3, along with a full band kit and we’ll have prizes on offer for the top scoring singers, guitarists and drummers!