Transformers conventions have been running worldwide since the 1990s. Ever since the first BotCon, fans have been gathering from all around the globe to celebrate all things Transformers. But 2020 changed all that. The COVID-19 pandemic saw an end to public gatherings, and all types of events and conventions were forced to close. But what impact has this had on fandom?

It’s a tough time for organisers. Some have made the unenviable decision to cancel their conventions. Others simply postponed them indefinitely and are issuing updates to attendees on a regular basis as to their plans. But then there are other events – such as a generic comic con I know of locally to where I live – which has now rescheduled four times in the last 12 months.

It is understandable why events will do this. As ticket sales come in, many large events have to commit these funds to cover venue and guest expenses, equipment hire and other major operational costs. While payment of some of these can be deferred until closer to the event, some do need to be paid well in advance. Refunds, in these instances, can be devastating to events that simply do not have the funds to reimburse all of their attendees.

While many attendees have been understanding to a degree, there will come a where they will say “enough is enough”. People can only arrange their personal lives so many times to attend an event and the “will it/won’t it” uncertainty will steer many to breaking point and asking for a refund. And then the convention circuit will face a crisis.

Most good conventions will take out insurance to protect themselves and their attendees. Reputable venues will usually insist on it. But as with all insurance policies, there are exemptions to what they will and won’t cover. While conventions may be protected against anything happening to their venues, guests or most eventualities beyond their control, what may surprise most is what has happened over the last 12 months…

As well as the obligatory “act of God” (which is often used as a “catch-all” clause to excuse insurers against many things, there are several key exemptions that have left conventions reeling. Actions by governments and pandemics. Both of these mean that insurance policies aren’t offering any support to events if they choose to cancel. So the only safe options they have financially is to reschedule.

Even if restrictions were relaxed later this year when it comes to public gatherings, there’s still a cloud hanging over international travel at the moment. You’ll have to visit bestaucasinosites instead of that overseas holiday to Australia to get that down under casino experience. No family holidays to Disneyland Paris. And gamers can forget their dream trip to Tokyo to visit the sights and pick up some incredible gaming bargains. It’s affected all of us…

This travel dilemma hits Transformers conventions on several fronts. Not only do larger events attract audiences from across the globe, but with most bringing voice actors to their events many are either unable to travel or may be hesitant.

There’s also the added question surrounding vaccines. At present there is still no clear indication from any world government as to whether international travellers will need to provide evidence that they will have had some form of COVID-19 vaccine before traveling. This is a controversial subject in itself and even when there is a return to normality some fans may simply refuse to travel outside of their home countries if such a requirement is needed. 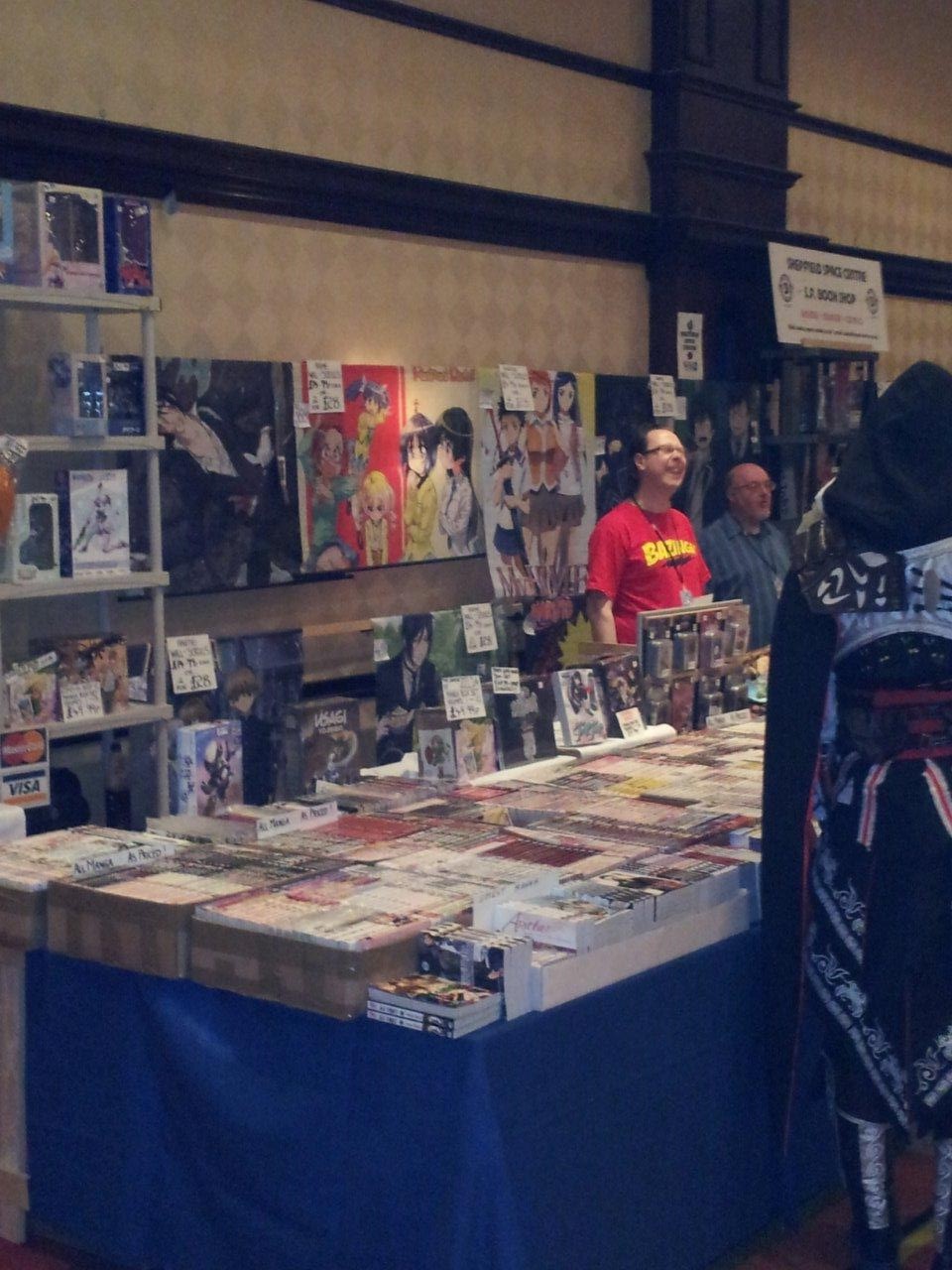 On a more serious note the lack of events has an underlying issue. Traders are the backbone of many Transformers conventions. Many fans travel just to see the plethora of merchandise on sale and save up all year for these bazaars of wonders. But these traders are often small businesses. While some run part time, others have retail storefronts but are dependent on events for survival.

While restrictions have varied across the globe with regards to trading, it’s had an impact on everyone. Footfall has dropped for all businesses and for those who are able to trade, consumers have less disposable income. Some are fortunate enough that they have been able to remain open and trade as close to normal as possible. But without that vital income stream there are some who simply won’t be around when Transformers conventions make their return.

Breaks aren’t unusual for Transformers conventions. Every now and then organisers just need a rest to recharge their batteries or “real life” has to take priority. Usually this doesn’t impact on events and they come back bigger and stronger than before. Fans miss the chance to gather with their friends and seem to make more of an effort to attend when the convention makes its welcome return.

But how long a gap is safe for events? We had breaks in the past when we were running the convention side of Auto Assembly. At that time there were two conventions simultaneously in the UK and it was a quieter time in the Transformers conventions scene with just a handful running worldwide. We started out in 2000 but had a break in 2002 for health reasons. We were still in our formative days so it made little difference to us as a convention.

But things changed the year later. In 2003 the other event took a year off. That left us as the only UK convention running. We found ourselves seeing a four-fold increase in our attendance figures, firmly establishing us as “proper” event on the UK Transformers convention circuit. 2004 saw both of us running and we were essentially on a level playing field. The following year the other event had another break while we continued. They had another year off but at that point fans seemed happy to attend Auto Assembly.

When their plans to return in 2007 were cancelled, a large number of attendees didn’t seem particularly disappointed. The only impact that year was when we were unable to go ahead with our own but from 2008 there hasn’t been a gap in events until 2020.

So it’s clear that too much of a break can damage confidence in events taking place. Attendees will vote with their wallets and one thing is clear that people want definite answers about the future of events rather than statements, changes and back-tracking. Events needs to treat their attendees with respect and offer choices as to the options available to them regarding their ticket bookings. But at the same time, not promise future dates when conventions may still be up in the air with restrictions that would spoil the overall convention experience.

For now, rather than endless revised dates as some events are doing conventions should simply inform their attendees that their events are on hold pending government advice. If any have been cancelled, offer attendees the option of a full refund or transfer tickets to their next convention once a new date is confirmed. But most importantly keep them updated of progress but be realistic. If a convention is allowed to run in the Summer of 2021 but only at half capacity, they should question whether it should run at all or just wait until it can take place properly. 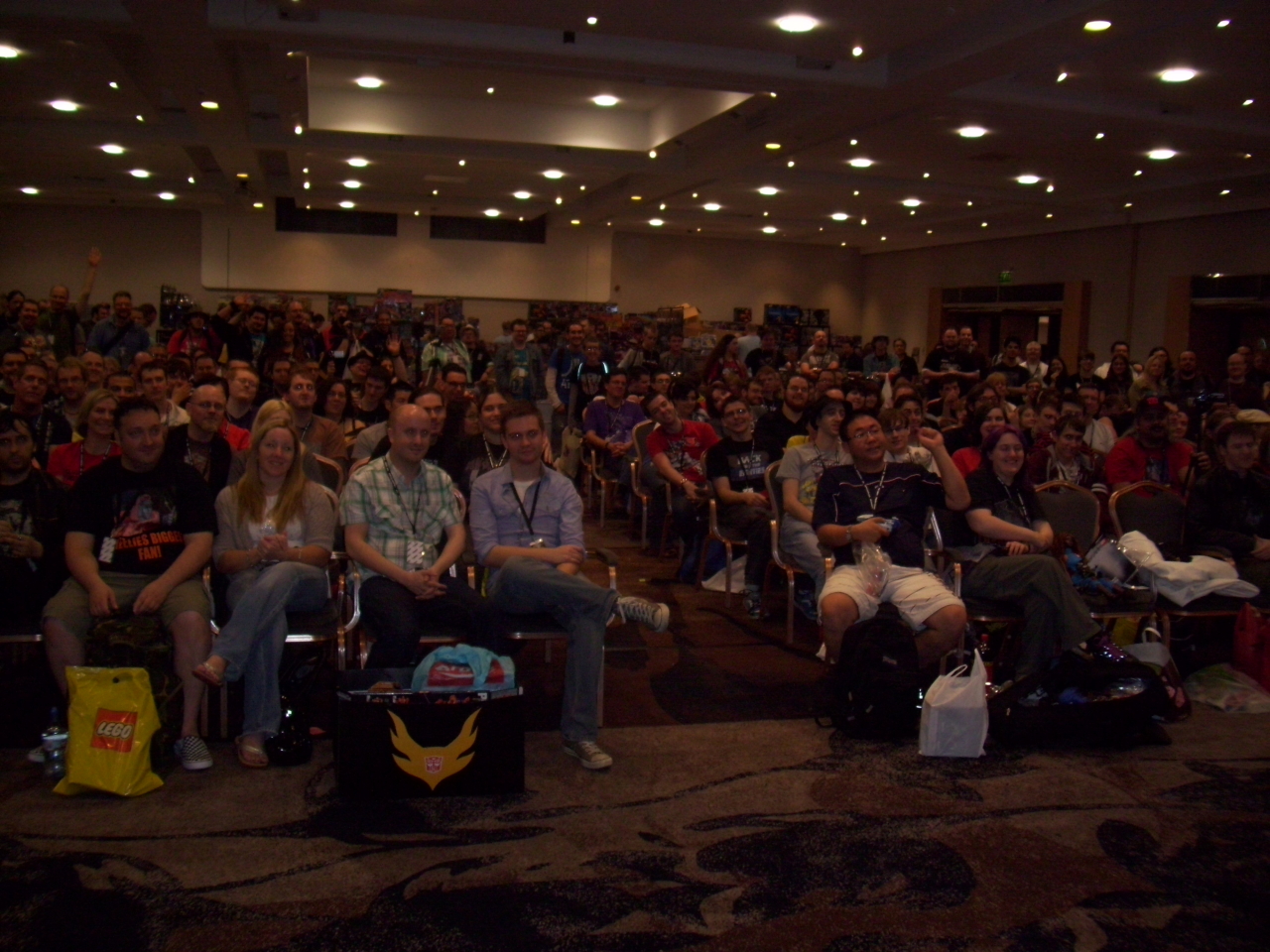 More importantly than the effect all of this will have on specific events is the effect this is having on fans themselves. Transformers fans, and geeks in general, are largely introverts by nature – being the sort who is more comfortable playing the best online slots at home rather than having the confidence to go to a physical casino. When we finally feel comfortable enough to talk to others about our hobbies we often get met with the “Oh, I didn’t know you were a fan of…” line. It’s commonplace for geeks to still keep quiet about what they are passionate about because of the attitudes and judgement of others.

But at conventions we feel comfortable. At home amongst hundreds of other like minded fans. It’s that one time and place where we can be ourselves, and totally geek out where no-one else will care, judge us or make passing comments. Because, frankly, everyone else around us is doing exactly the same thing. We need that release, and to be able to socialise with others just like us. Having friends in other social circles, or partners who understand our hobbies isn’t quite the same as being surrounded by people who know exactly what it’s like to share our obsessions. Take that away and it’s a genuine loss. People have spent the last year almost in a state of mourning without that chance to mingle with others.

A Return To Normal?

It’s not clear just when (or if) we’ll see a return of the Transformers conventions that we know and love. For something that is so dependent on social interaction, conventions go against everything we have been expected to embrace for the last 12 months. With some believing that an element of social distancing regulations having to remain in place beyond 2021, what once allowed geeks to be themselves could once more be a place of social awkwardness. What were places of fun and relaxation could see dramatic changes in the atmosphere.

Others may be forced to rethink their capacity, especially ones in more enclosed venues. And this could impact on the scale of what conventions could offer to those attending. One this is certain. Conventions may not be the same for several years to come, but they’ll need all the support they can get from each and every one of us until then.