Yes, you read it right! While Auto Assembly 2012 is only a couple of weeks away we know that many of you like to plan ahead which is why we have decided to announce details of Auto Assembly 2013 and open bookings for next year’s convention NOW! It’s set to be another rip-roaring year and we’ve been waiting for months to be able to reveal the details to you about the convention and now we can tell you some of the great things we have in store…

The convention will be taking place over the weekend of Friday 9th August to Sunday 11th August 2013 and will be held, once again at the Hilton Birmingham Metropole Hotel, Birmingham which is our new home for Auto Assembly. 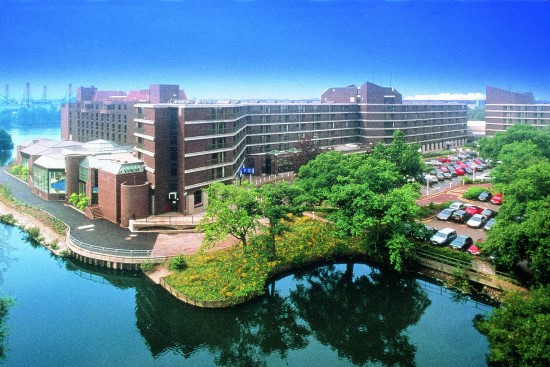 Sadly, we have had to raise our ticket prices for Auto Assembly 2013 because a lot of our costs have risen considerably over the last couple of years and while we have tried to absorb as many of these as we could we have reached the point where this is no longer possible. As such, Adult weekend tickets will be £50, Youth and Elderly weekend passes will be £38 and Partner weekend passes will be £40. Accommodation in the Hilton will be £51.50 for a single or £62 for a twin or double room per night inclusive of breakfast!

Dealers Tables are also going to be slightly more expensive for 2013 but we believe that these also still represent fantastic value for money and these are available for just £120 each for the weekend and that includes two staff passes.

Now, we want to take the opportunity to reward some of our most loyal attendees. Many fans return to the convention year after year and have spent hundreds of pounds on their tickets to the event over the years and with the convention set to run on for many years to come, will continue to spend hundreds of pounds more on their registration fee alone. We have also seen Dealers who have been with us for almost as long as the convention has been running offering fans some fantastic bargains on all the latest and rarest Transformers toys and we want to offer many of you the opportunity to save an incredible amount of money and guarantee your place at Auto Assembly FOREVER…

We have now launched our Pass For Life and Dealers Table For Life to do just that. For a simple one-off payment, you will get guaranteed admission to Auto Assembly for as long as the convention continues to run. You will never have to worry about whether or not you have booked tickets or – if you are a dealer – whether you need to book tables. Your places will be secured automatically and the only costs you will need to be concerned about will be your travel, accommodation and spending money.

These extremely limited tickets protect you from the inevitable price rises that we will have to introduce in the future as our running costs for the convention increase over time and as the event increases in popularity and demand for tickets rise, places will be harder to book so you will never have to worry about whether or not you will be able to get into the convention!

Prices for these are all inclusive. Once you have purchased these tickets, you will never have to make another payment to Auto Assembly again unless you wish to purchase separate convention merchandise or bring other people to the convention with you. A Pass For Life for Auto Assembly is just £150! There are no concessions available on these because attendees will age over time and their status will change from Youth to a regular Adult  Pass.

A Dealers Table For Life at Auto Assembly is £400. This is for one of our “standard” tables which comprises of three tables which are approximately 5′ x 2′ 6″ in size. It also covers full weekend admission to the convention for up to two members of staff. Additional tables are available at the reduced cost of £300 each. Both types of Lifetime Passes are very limited and are proving incredibly popular. To order one of these, just download the Pass For Life Application Form now and return it as soon as possible.

If you haven’t already booked for Auto Assembly 2012 yet, if you order a Pass For Life NOW you’ll be able to use this to get into this year’s convention as well!

So if you want to get your tickets NOW for the biggest Transformers event in Europe of 2013, then visit our Auto Assembly 2013 Bookings Page!