What We Think We Know

There have been several listings showing up (as well as previously mentioned “escaped” factory samples). We have seen a few of these, but others are just code on a computer screen at this time. Here’s the line up we currently think we have though:

As of this writing, pictures have shown up so far for only Kup, Scourge, and Hot Rod, but it seems to be a sure bet that the rest of these characters will show up to be true as well in time. That said, remember that figures have shown up on computer screens before and ended up being cancelled, so don’t sell off your Special Ops Jazz quite yet. (Picture from video review by TonTon) 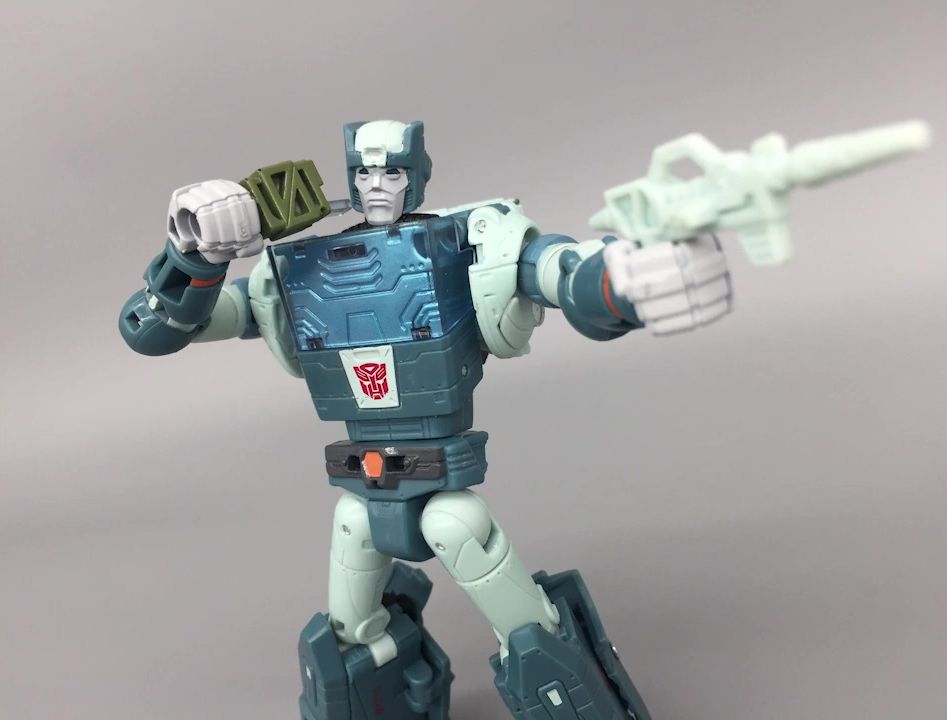 A few images leaked of what “might” be the Ark in early September around the time people began speculating about what the next Titan class transformer will be after Scorponok. And considering the Ark has been pretty prominent in packaging and marketing materials, it seemed like a rumor that “could be” true. But if that was all we had to go on, it would go in just the “might be possible” pile. But recent developments have shown that this is more than just a rumor. On September 18th, Hasbro Pulse uploaded an image and put it on their news page showing a highly detailed blue print of the Ark. No reason given, just… here you go, an Ark blueprint.

If no Titan Ark toy was coming, that would have been major trolling, and I just don’t see the marketing department wanting to troll fans on a product that they don’t plan on producing. But still, the question remained: would the Ark be a playset only or would it transform?

Those questions were answered indirectly at Hasbro Pulsecon when they released a promotional art poster for Kingdom, and what do we see in the background… a giant robot with the face of The Last Autobot (a character from the last issue of the Marvel US comic run), and legs that are clearly the Ark’s thrusters).

Other rumors surround the fact that Teletraan 1 might transform as well, with the current rumor being that it will turn into Emirate Xaaron. Others that it will follow the Marvel UK comics and turn into “Auntie.” I would not hold my breath on either of these rumors, however. 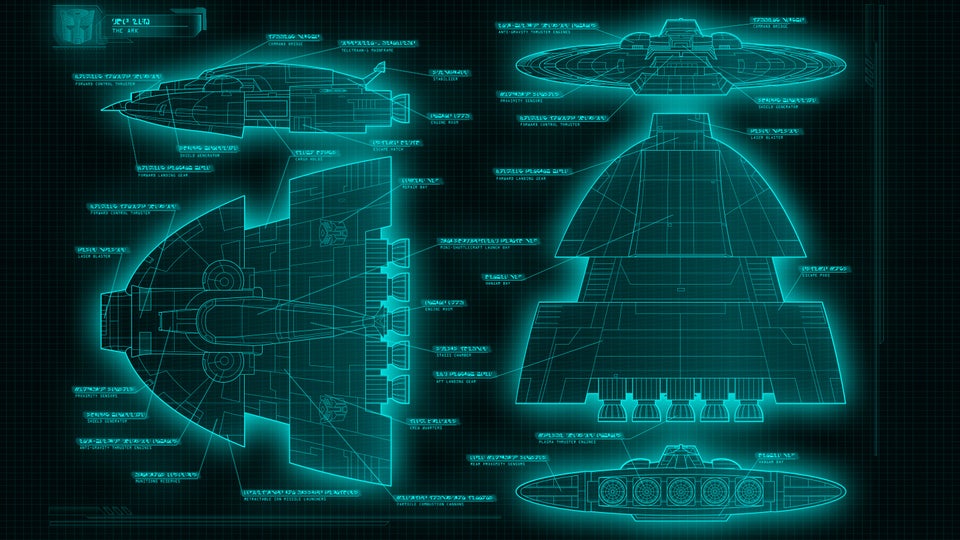 More Kingdom Figures on the Poster

The promotional poster is a treasure trove of characters that have a good chance of being released in Kingdom (after all, why include them on a poster meant to PROMOTE new figures if not to release them?

Characters shown on the poster, but not yet mentioned by Hasbro as being released include: 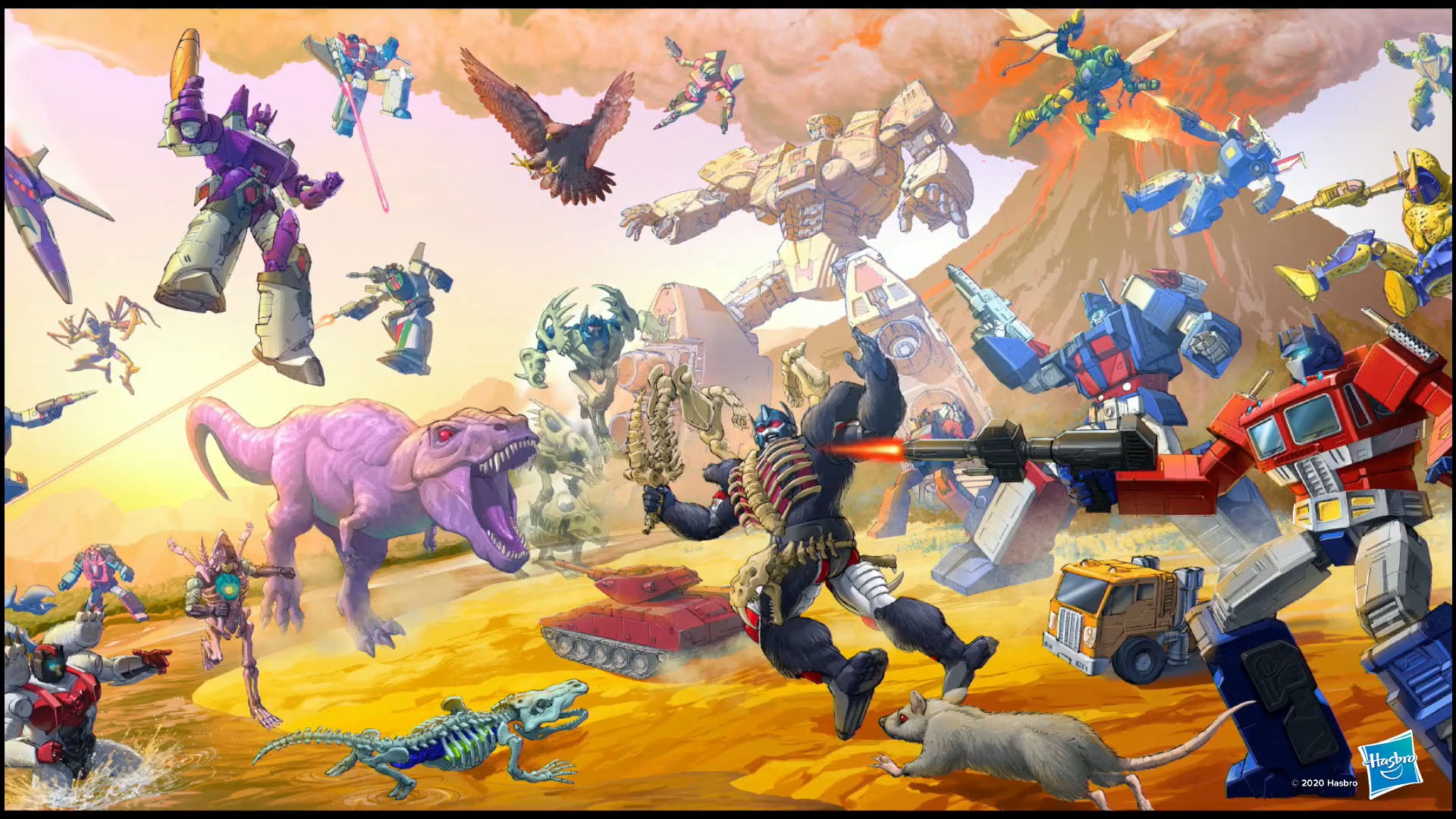 All of the characters listed above seem to have corresponding figures mentioned in inventory computers in places like Walmart with the exception of Gears and Polar Claw—they’re sort of thrown in there randomly, but both would seem to be obscure choices to add if there weren’t new figures coming for either of them.

However, this does not exhaust all the other computer leaks (chart courtesy of Vector Sigma Facebook page): 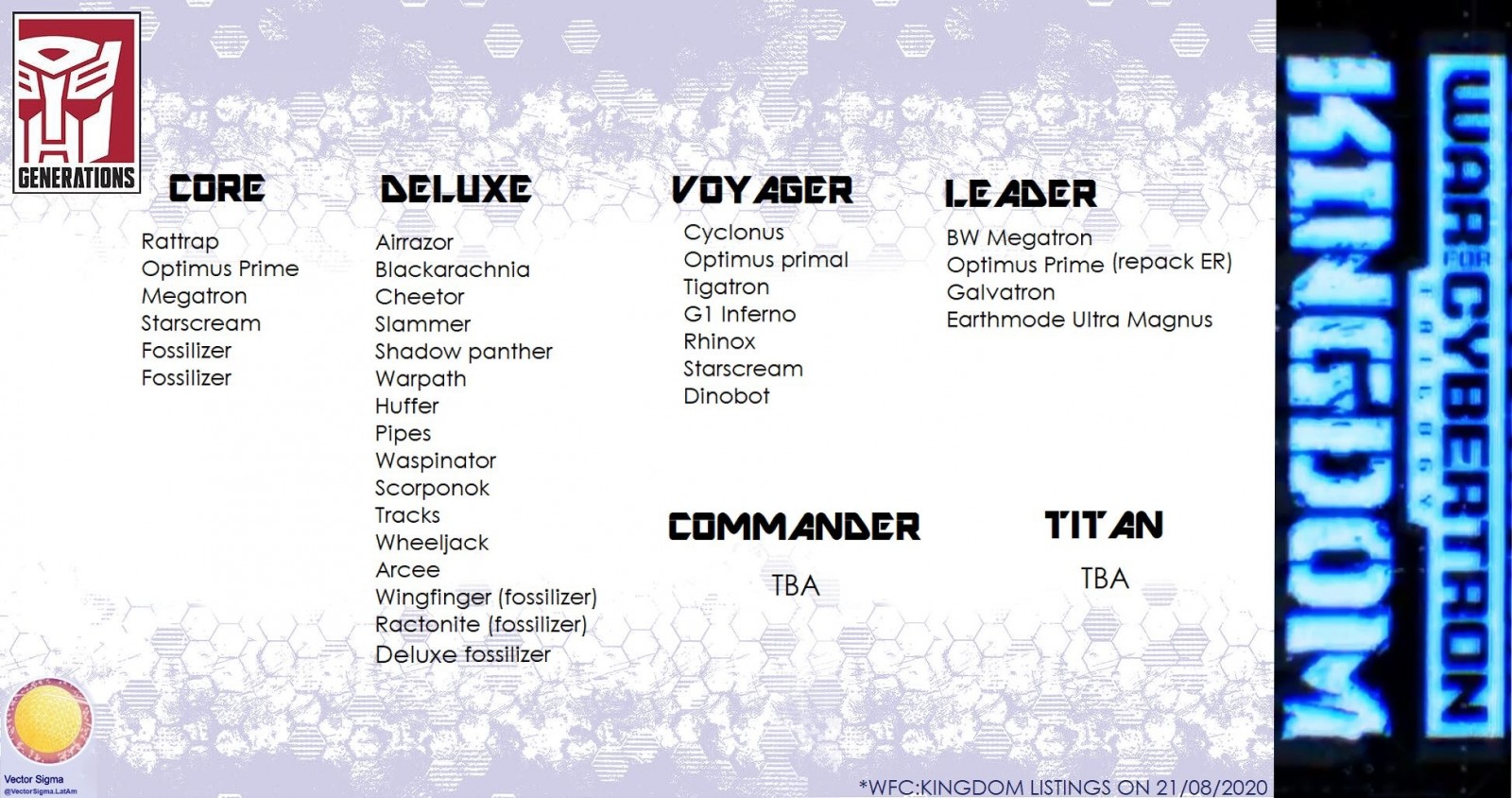