Affordable Food and drink… at Swerve’s Bar and Diner!

In 2012, we received fantastic feedback about our new home – the Hilton Birmingham Metropole Hotel but one thing was clear… Auto Assembly attendees wanted a menu that would be kinder to their plastic-crack-hungry wallets.

We have listened to your feedback and are delighted to announce that in conjunction with the Hilton, we have now founded Swerve’s Diner!

On the Saturday and Sunday of the convention, Swerve will put on his apron and open his doors to bring a much more affordable array of food and non-alcoholic drinks to our attendees. The Swerve’s Bar And Diner Menu includes convention style food, snacks, healthy options, vegetarian dishes and a children’s section. And just to show you how good these prices are… a Swerve’s burger in 2013 is going to cost you almost £10 less than a Lounge Burger in 2012. So this is a tremendous saving for our attendees. 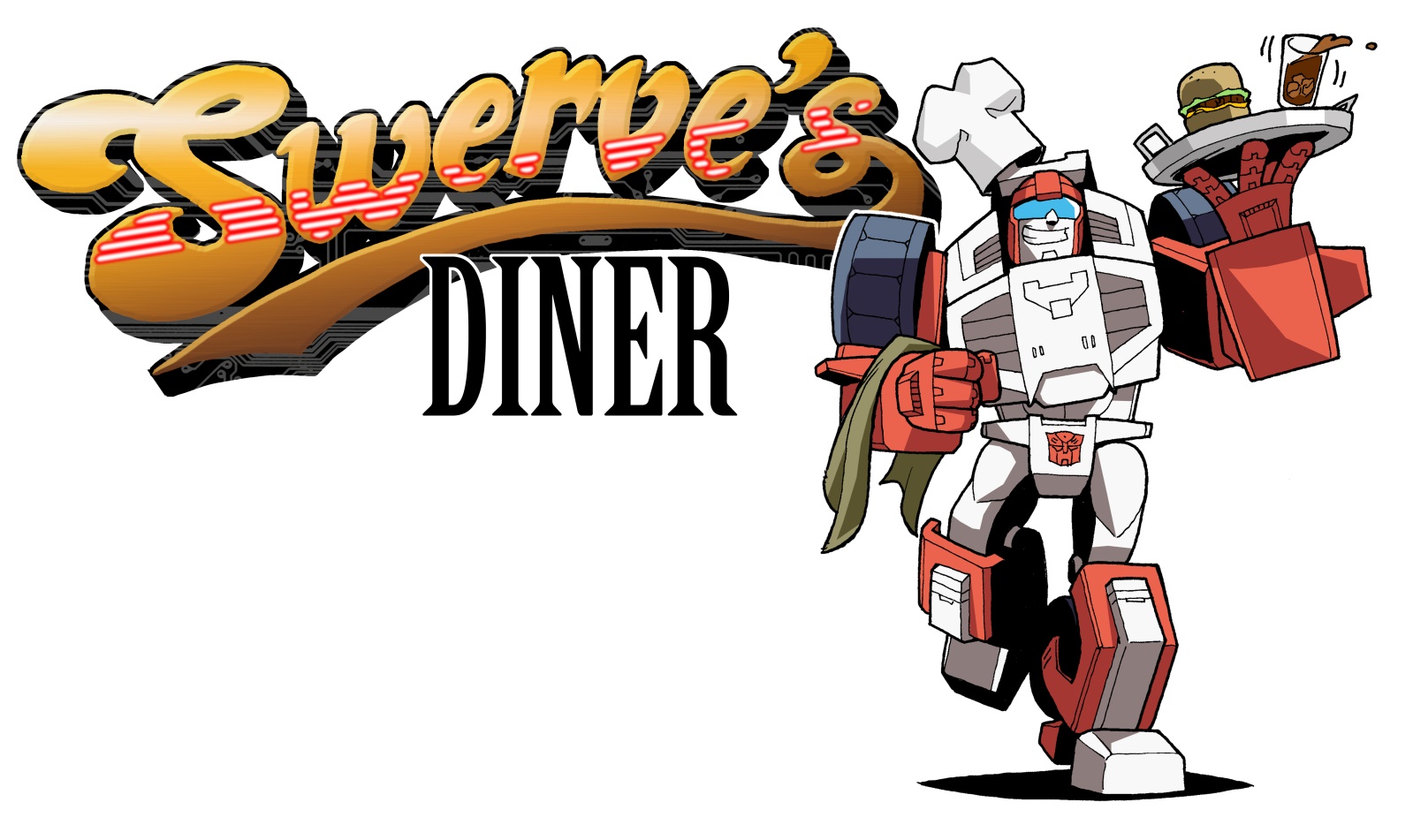 We really hope our attendees will appreciate this massive saving which Auto Assembly 2013 and the Hilton have worked incredibly hard to make a reality. We think you will love it. Of course, if you want a treat, you can still go along to the main hotel bar/restaurants to order one of their luxury meals at the regular prices – but with Swerve’s Diner open for business, you now have the option to choose the meals which will best suit your budget!

Opening hours will be announced shortly but don’t worry about meal times clashing with a panel you’re waiting to watch. The Hilton has gone the extra mile and has ordered in takeaway dishes, so if you want you can grab your meal and then head back to the convention hall and relax with it whilst watching the panels. Isn’t that nice of them!

On Saturday evening, for one night only, Swerve will put down his frying pan and dash over to the King’s Suite to head up Swerve’s Bar! The Lost Light’s premium (and only) drinking establishment! At Swerve’s Bar, you’ll get 20% off your drinks for the duration of the Saturday night show. Keep your eyes peeled, because rumour has it Swerve has had a hand in some of the interior décor too… 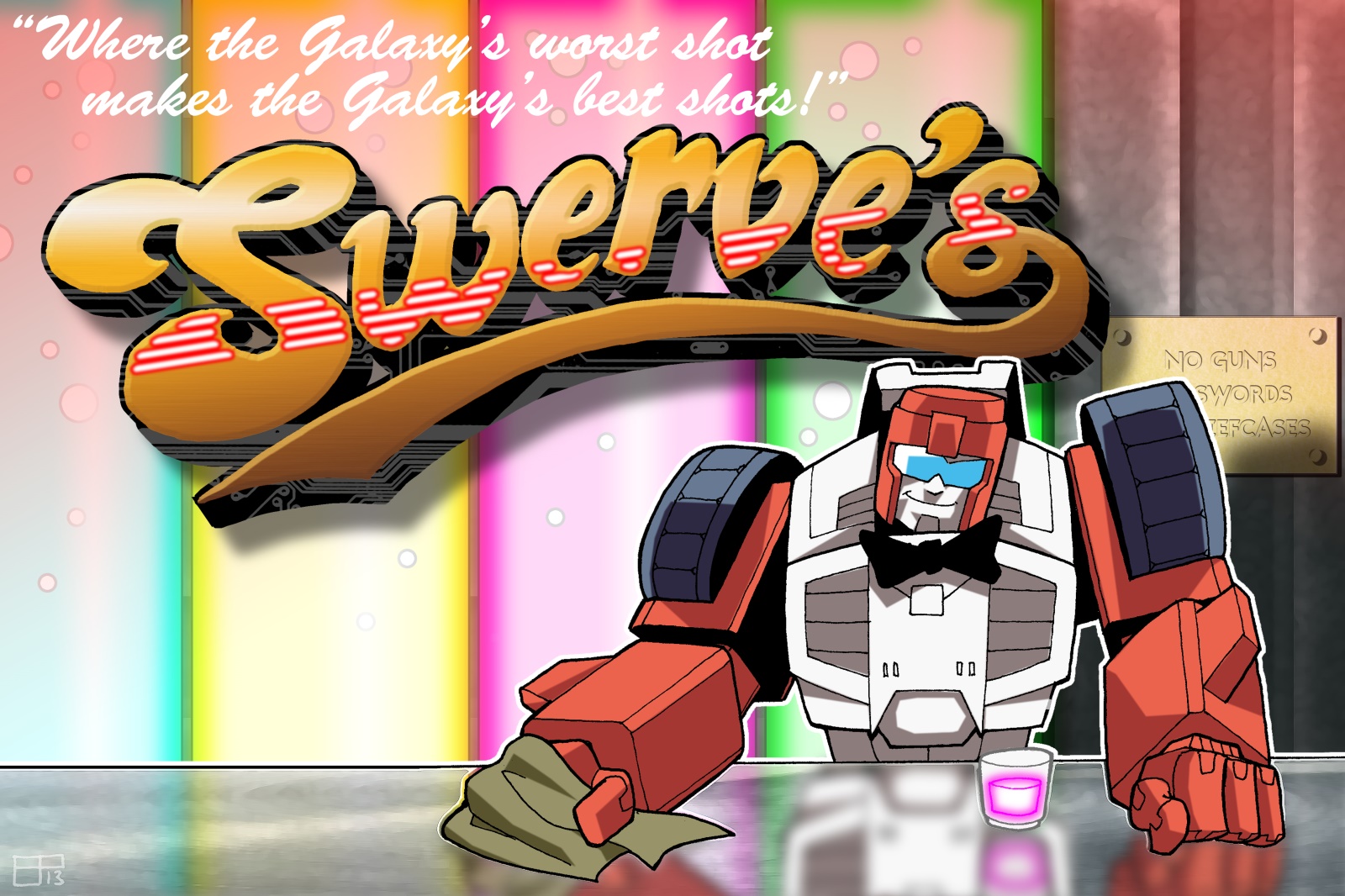 IN SUMMARY – THIS IS THE NEW FOOD AND DRINK SITUATION

So whether you’re hungry, thirsty, or just a camera-ready More Than Meets The Eye fan, be sure to stop by Swerve’s Diner and Bar at Auto Assembly 2013!