“We want to thank all those who attended Auto Assembly this year and made it another fantastic weekend!

As you may have heard, we were the ones producing this year’s convention exclusive T-Shirt, featuring the Dinobots as the stars of their very own rock band.

However, due to a shipping error we had barely any stock for you all, running out on the first evening. We’d like to make it up to you by giving you another chance to snag this year’s exclusive shirt, at the Convention price, and FREE postage and packaging!

All you need to do is e-mail Salesteam@urbanspecies.co.uk with your name and Auto Assembly 2014 Ticket number, along with the subject line ‘Auto Assembly Exclusive Dinoband Shirt’ (or words to that effect) at which point we will take you through the payment process, as well as make a note of what size(s) you require, and address to send it to.

Till all are One,

This offer is only open until 19th October 2014 so hurry and place your orders. As long as you are an Auto Assembly 2014 attendee, there are no limits to the number of shirts you order as long as you meet the deadline! 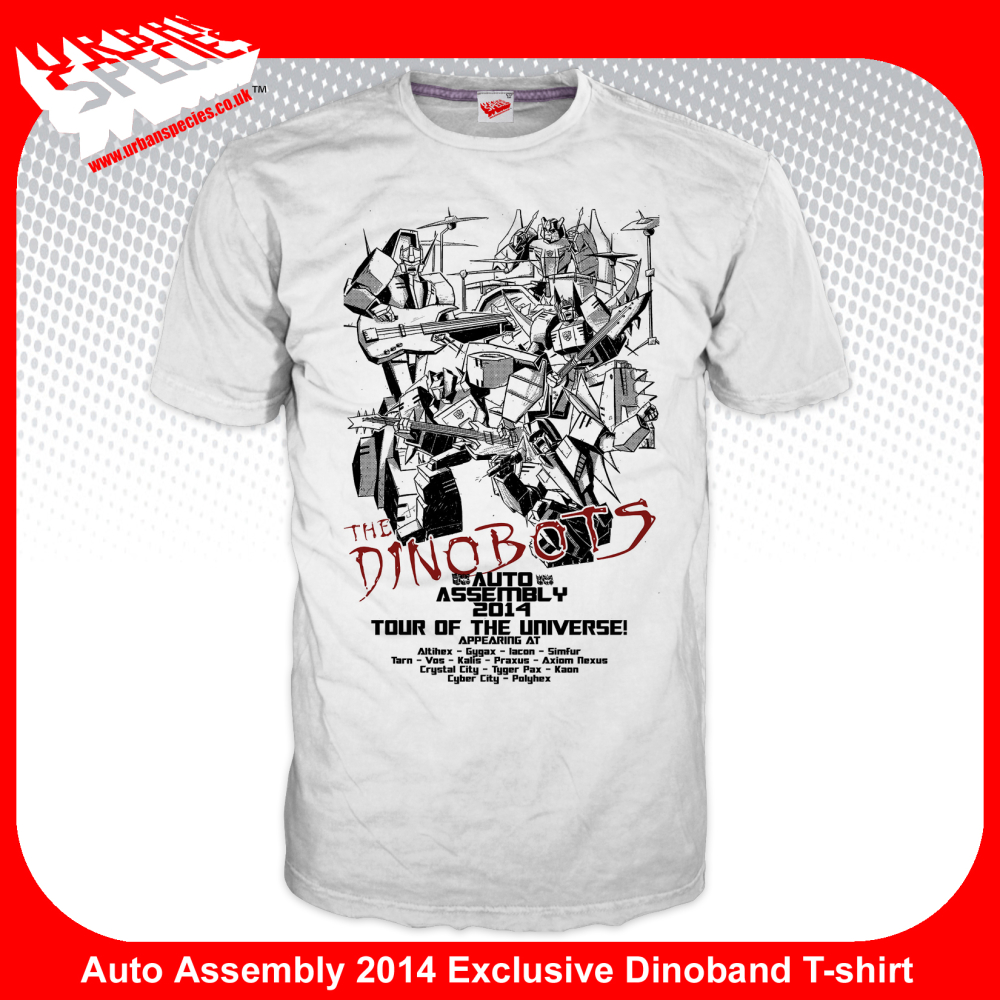