The episode opens with a narrated recap about how our heroes ended up on earth. As this happens, we see Cliffjumper come out of the ark and mistake a rock formation for a Decepticon, highlighting the Autobots ongoing anxieties over the threat of their enemies. Ironhide, Cliffjumper and Prime debate whether or not the Decepticons are gone for good.

Answering the question straight away, the scene shifts to the Decepticon base, where we see Megatron communicating with Shockwave, who explains that the energon reserves on Cybertron are running low, but the new intergalactic transport system is almost complete. Megatron vows to “suck this planet dry” and It’s not long before we see what he means as the Decepticons invade a power station and begin to use the energy to create energon cubes. This is a great scene as the “Robots in Disguise” theme is used effectively by Soundwave who has uses his tape player mode to infiltrate the station. The Autobots soon learn that the city is losing power and upon investigation by Teletraan 1’s sky spy, they realise that Megatron is alive and kicking. Naturally Prime mobilises his troops to intercept. A battle ensues, but the Decepticons ultimately escape with their energon cubes and Ironhide is wounded in battle as he uses his body as a shield to protect Prime from a blast from Megatron.

“Just leave the driving to me”

As Ratchet and Sparkplug attend to Ironhide’s repairs Prime decides that he needs to know what the Decepticons are up to, so Bumblebee is tasked with spying on the Decepticons, and Spike volunteers to join him. Spike and Bumblebee eventually find the Decepticons testing their Space Bridge (the aforementioned intergalactic transport system). The first test doesn’t work, so Megatron decides that they need a volunteer to pilot a test ship through the space bridge. As this happens Bumblebee suffers an epic fail as he tries to get away and report back to base, which essentially lands him in the laps of the Decepticons, gifting Megatron his volunteer.

Bumblebee uses his powers of transformation to escape the test ship, but being outnumbered by the Decepticons, he is eventually recaptured and Megatron hatches a plan to alter Bumblebee’s brainwaves in an attempt to lead the Autobots to their doom. Overseen by Laserbeak, Bumblebee reports back to the Autobots that Spike has been captured and gives them false directions to the Space Bridge-a Decepticon trap, which sets the Autobots off on a rescue mission.
The Autobots arrive at their destination-a cave, which they are promptly sealed into and the Decepticons arrive and attempt to destroy them. As the battle rages, Megatron is contacted by Shockwave, who tells him that the Space Bridge is ready to be open again. Leaving the battle, the Decepticons seal the Autoboots into the cave and head for the Space bridge. Inside the cave, as Ratchet begins repairs on the damaged Autobots, he notices that Bumblebee’s memory chips have been altered, and Prime manages to get the correct Space bridge location from him.

The Autobots concentrate their firepower to escape the cave, while the Decepticons prepare to send Spike as the test pilot across the space bridge. Yet another battle breaks out and Bumblebee redeems himself by rescuing Spike with the help of Optimus Prime’s precision shooting.
As Megatron tries to rescue the energon cubes, Optimus blasts him into the space bridge, which sends him off to Cybertron, which has the effect of creating the happiest day of Bumblebee’s life!
In Megatron’s absence, Starscream assumes leadership of the Decepticons, while on Cybertron Megatron vows to be avenged.

The key scenes and plot points have mostly already been summarised, but we do see further interplay between Starscream and Megatron in this episode, which continues to show the shaky relationship that the two have and the battles often feature one on one matchups between Megatron and Optimus Prime. Bumblebee features heavily, followed by Optimus Prime, Ironhide, Ratchet for the Autobots. As well as Starscream and Megatron, Soundwave, Ravage and Laserbeak are seen regularly. There are plenty of cameos from other bots during the battles such as Gears, Prowl, Thundercracker and Skywarp.

This is an entertaining episode but nothing special. There are lots of battles which are fun and add pace and excitement. The animation could be better in places (keep your eyes out for twin Starscreams) but the best part of this episode is that the storyline serves to introduce the Space Bridge which will be a useful link between Earth and Cybertron in future episodes. I give this episode a rating of 5 energon cubes out of 10.

This episode is good to watch is you’ve had a busy day and want some viewing that’s entertaining but not too taxing. There are better episodes to come and the establishment of the space bridge will be a great addition to the storylines of them. 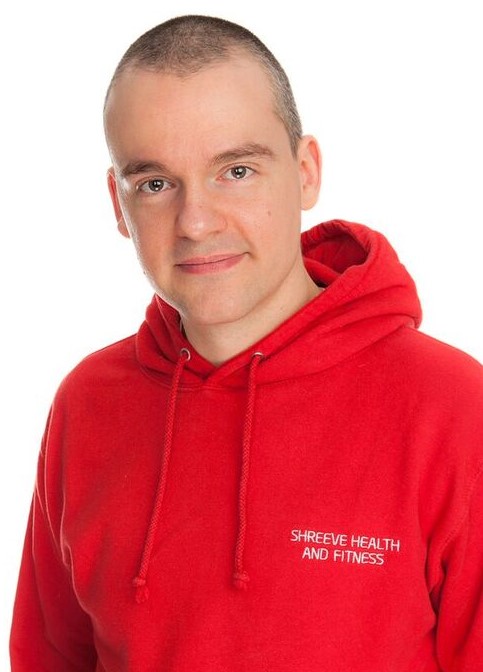 Steve Shreeve is a busy Personal Trainer who loves to write. As well as his love for health and fitness, Steve has many interests including Transformers, Star Trek, basketball, conservation of plants and animals and is a keen supporter of The Shark Trust and The Woodland Trust.

About Steve Shreeve 11 Articles
Steve Shreeve is a busy Personal Trainer who loves to write. As well as his love for health and fitness, Steve has many interests including Transformers, Star Trek, basketball, conservation of plants and animals and is a keen supporter of The Shark Trust and The Woodland Trust.