You’ve asked for him to return and we’re happy to oblige… yes, the man who has been single-handedly responsible for killing off more Transformers than Unicron, James Roberts, is making a much welcomed return to Auto Assembly this year and will be on hand all weekend to meet and chat with fans about his work, sign autographs, and he will also be taking part in various panels with our other guests on stage throughout the whole convention weekend! 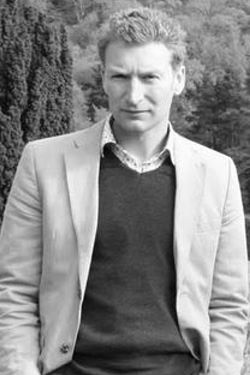 James is no stranger to Transformers fiction cutting his teeth – as most contemporary TF writers have – in Transformers fandom writing for a wide range of Transmasters UK fanzines before writing the seminal and critically acclaimed Transformers fan novel Eugenesis. He shot to fame professionally through his collaboration with Nick Roche on the now-legendary Last Stand Of The Wreckers for IDW Publishing.

Since then has written countless stories for IDW including work on the ongoing series, several issues in the one-shot Spotlight series, collaborated with John Barber on The Death Of Optimus Prime, and is currently leading the crew of The Lost Light to their impending doom in More Than Meets The Eye.

While we don’t think James will reveal any of his future plans for who will and won’t survive amongst The Lost Light’s crew one this is for certain – he’ll certainly have plenty to talk about!