Auto Assembly 2012 is less than three months away and we thought that it was time that we stepped up a gear to let everyone know about the convention! We’ve been making announcements about the event steadily over the last few months and the response and support that we have had from everyone has been phenomenal so far, but we want to make this the biggest and best Auto Assembly ever and – with your help and support – we know that we can!

We wanted to do something different to let everyone know about the convention and to share some more news and updates about the convention and we thought long and hard about what the best way to do it was and decided that there was no better way than the internet! Social Media has become an incredible part of our lives over the last few years and there isn’t anyone out there in the Transformers community that either isn’t a member of a forum, doesn’t use Facebook, Twitter, Youtube or some other part of the internet as part of their everyday life so we’re running this week-long campaign starting today to let the whole world know about Auto Assembly and what we are doing with the convention this year and we want everyone out there to play a part in this and share your excitement and enthusiasm about this year’s convention!

So what’s it all about? Well for the next seven days we want everyone to tell as many people as possible about Auto Assembly 2012! Whether this means posting comments on Facebook, sharing stories and news updates that we post here on the website, re-tweeting our comments on Twitter… anything you can think of really and we want you all to be as creative as you can! Just have fun with it and we’d love to hear what you all get up to! For those of you on Facebook, why not join all of us here at Auto Assembly and change your profile image for the next seven days to our QR code image that we have included here:

Talking of Facebook, why not like our page? If you’re not already doing it you can find it here and while you’re there, go to the Auto Assembly 2012 Event Page on Facebook and let us know whether you’re attending this year. Don’t forget it’s an open group so invite all your friends to come along too! Still with online sites and we’d love to have more of you following us on Twitter so why not pop along to our Twitter page at www.twitter.com/auto_assembly and let’s see if we can get up to 500 followers by the end of the week!

We’re not just on Facebook and Twitter though… we’ve got an active channel on Youtube with video footage from the convention from previous years and we’ll be uploading some more news announcements about 2012 shortly. We’ve just released a new photo montage video today for Auto Assembly 2012 so feel free to share this on your own Youtube channels, Facebook, Twitter and everywhere else too! Check out our Youtube channel at www.youtube.com/autoassembly

Anything else? Well, for those of you who shop with some of our dealers, you may have seen our latest flyer for Auto Assembly 2012 but if you want to distribute this yourself or post copies on forums, Facebook or your own website, feel free to post the artwork which we are now making available to all of you now right here! 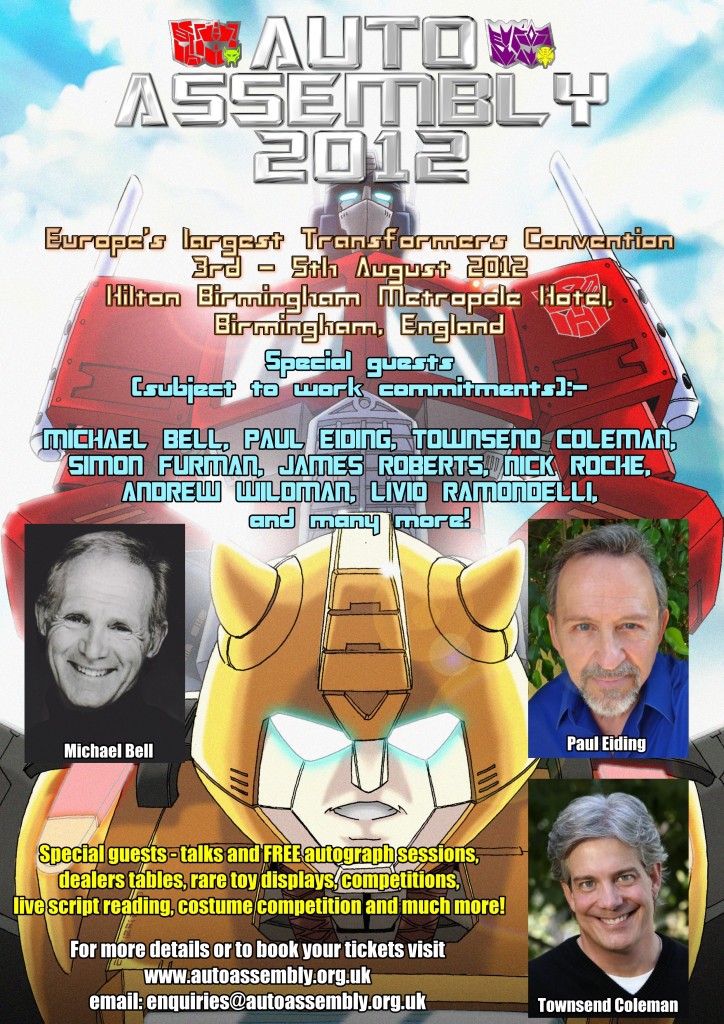 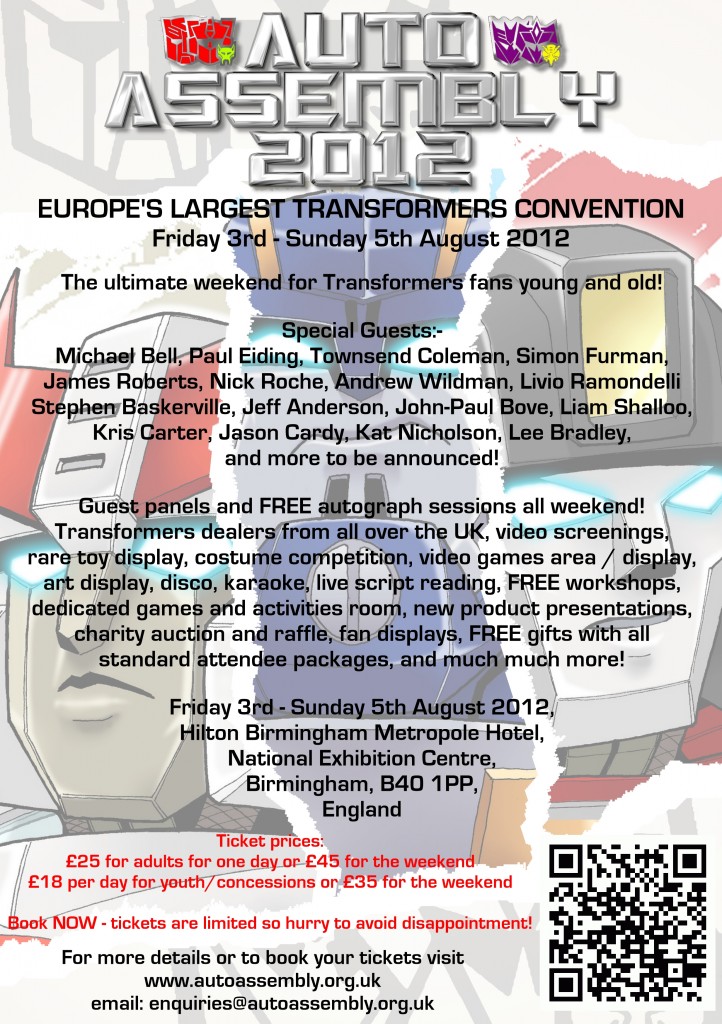 If you’re on any Transformers forums, feel free to talk to any of our team who will no doubt be online on all of the major Transformers forums including our own joining in in most of the discussions that will be taking place about the convention and we’ll be on hand to answer any questions you might have. We’ll also be making some announcements about the convention through the website over the coming week so if you want to get this news as it breaks, don’t forget that you can sign up for updates free of charge by subscribing to the site!